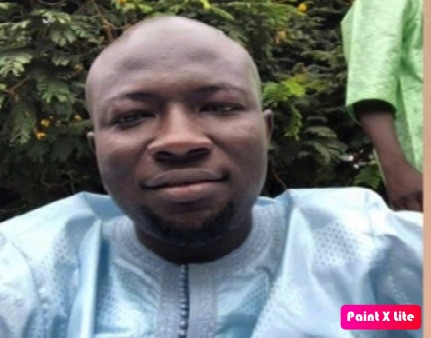 US-based Gambian Alieu Jallow, who claimed to have contracted Gambian architect Wally Ndow to build a house for him in Brusubi, has said he is a victim of “a scam”.

Ndow of Ndawen Construction was contracted by Mr Jallow to build him a four-bedroom storey building in Brusubi for D2,900,000. The contract was to last for seven months.

But according to Jallow, Mr Ndow has not executed or honoured the terms and conditions of the contract despite paying him an initial advance of D1,160,000.

“I decided to terminate the contract and brought in another contractor to do an inspection for me. It was during the inspection that we realised that even the D80,000 basalt I bought was stolen and sold by Wally and he stopped coming to work,” he claimed.

In the termination letter shared with The Standard, lawyer Jallow wrote: “We have been instructed to write and notify you of our client’s desire to terminate the building contract entered into with your company and to claim for the balance of the 40 percent payment of the total contract sum.”

A frustrated Jallow said Mr Ndow owed him over D600,000. He said Mr Ndow had asked him to give him six weeks to pay his money. Jallow shared the receipts of payments he made to Mr Ndow.

“I have made repeated demands for Wally Ndow to refund my money without success. It has been 18 months now but he has not given me my money. Wally is a notorious fraudster,” he said.

Jallow said Mr Ndow has also now stopped picking his calls and blocked his lines on WhatsApp. The matter was reported to the court and Mr Ndow was ordered to pay Mr Jallow over D600, 000. Jallow said Wally is yet to give him a single dalasi.

At least two other Gambians based in America, Yahya Jammeh (not the former president) and Fatou Secka, have also claimed to have been victims of Mr Ndow’s alleged fraud.

Contacted to shed light on the allegations, Mr Ndow admitted to owing Jallow but denied being a fraudster.Wally said he is working on modalities to pay Jallow his money.

June 24, 2021
By Omar Bah The minister of youth and sports Bakary Badjie has revealed that from September last year to date, the Gambia government spent D105...

A nation ripe for change – Is a ‘TRRC party’ the silver bullet?

The road to Afcon Cameroon 2022 should not be bumpy