Gambia is at the crossroads: NA members must vote YES or etch their names in the wrong history book� 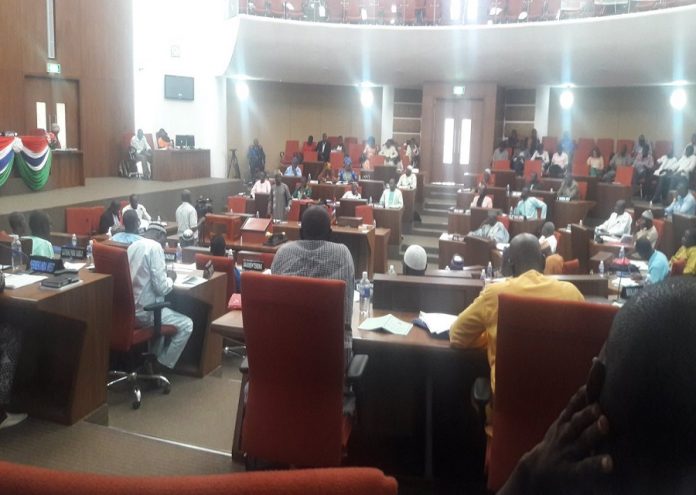 The Gambia gained independence from Britain in 1965 but became a presidential republic in 1970. The late Sir Dawda Kairaba Jawara was the first elected president in The Gambia and went on to rule the tiny West African nation for 30 years. His reign came to an abrupt end in July 1994 when disgruntled junior military officers seized power in a largely peaceful coup d’etat.

Although I was born during the 1st republic, I have very little memories of the presidency of Sir Dawda K. Jawara except stories I heard from my parents and sisters. Stories of a peaceful man who defied all odds to lead a newly independent country to a path of prosperity. A British writer Berkeley Rice published a book in 1967 titled-  ‘Enter Gambia: The Birth of an Improbable Nation’. Mr Rice and many other naysayers were later proven wrong and left to hang in the dry by President Jawara according to credible reports.

The early part of me- a teenager and adult life was under the 2nd republic presided over by the former dictator, president Yahya A.J.J. Jammeh. Reports coming out of Gambia’s Truth, Reconciliation and Reparations Commission – TRRC set up to investigate and establish an impartial historical record of human right violations under dictator Jammeh’s rule revealed that Jammeh was not among the initial pioneers of the coup but went on to lead the military council and later became a civilian president for 22 years. During his reign, Gambians witnessed one of the worst human rights violations in the world- extra judicial killing, enforced disappearance, entrenched corruption, weak and dismal public institutions, fake herbal treatment, witch hunting, sexual and gender-based violence to say a few.

As a result of widespread human right violations and regressing socio-economic factors, Gambians in 2016 showed Jammeh and his govt the exit door. Prior to December 2016 elections, opposition parties formed a coalition and chose a flag bearer in the person of current president Adama Barrow to face off against a ruthless dictator who uses state machinery to inflict right violations and perpetuate himself in power.

The campaign platform of the coalition sold to Gambians during a heated campaign period include amongst others a ‘New Gambia’ project that will usher in a new progressive Constitution that will stand the test of time. When I dropped my marble into drum of the coalition, specifically for Adama Barrow, it was mainly based on the campaign platform sold to me. I was privileged to attend one of their night rallies in my community hearing Halifa Sallah and Adama Barrow re-echoed the ‘New Gambia’ project that they have uttered everywhere. I attended this rally under cover of darkness at my own risk- I could be fired from my job if this was known to dictator Jammeh. With hindsight, I’ll do it all over again because I stand for equal rights and justice for all.

Staying true to themselves, the govt establishes the Constitutional Review Commission, The Gambia to draft a new Constitution. For the first time in the history of The Gambia, the Constitutional building process was consultative- Gambians at home and abroad were engaged- their wishes and aspirations informed the Commissioners to draft a progressive Constitution that will indeed stand the test of time. The draft attracted positive and negative criticism which is normal but also received overwhelming support from Gambians (Isbell & Jaw, 2020). I took part in one of these consultative discussions from the beginning to the end. I did this not only for self but for my children and next generation of Gambians to come after us. A progressive Gambia that they will be proud to called my Gambia.

The draft Constitution bill is at the stage of 2nd reading at the National Assembly (NA). Most likely, NA members will vote for its adoption Monday or Tuesday with 75% YES required for it to move to the next level. Already, some NA members have vowed to vote NO if certain clauses are not changed to suit personal or individual interests. With due respect, I think this position is self-centered, ill-advised and inconsiderate to Millions of Gambians who are looking forward to a 3rd Republic. I’ve communicated my position to my NA member Saikouba Jarju. We voted for him to serve the interest of our constituency and I hope he remember this. He’s a smart young man with a brighter future, I hope he’ll do what is right which is vote YES. I hope all eligible voters reach out to their NA members and prevail on them to vote YES. The stakes are high, to meet the 75% threshold, at least 44 out of 58 NA members must vote YES for the bill to pass the next stage and in the long run, presented to Gambians in a referendum.

I called on all NA members including Amadou Camara to vote YES for the draft Constitution. He’s an intelligent young man and I’m confident he’d vote YES. To quote one of the youngest NA in our history Hon Omar Ceesay, “voting against the draft Constitution 2020 means supporting the 1997 Constitution” which suppressed our rights and freedoms. History will not be kind to any NA member who puts individual interest above the greater good. There is no perfect Constitution in the world. Personally, there are some provisions in the draft that I did not agree with but national interest takes precedence over my personal views.