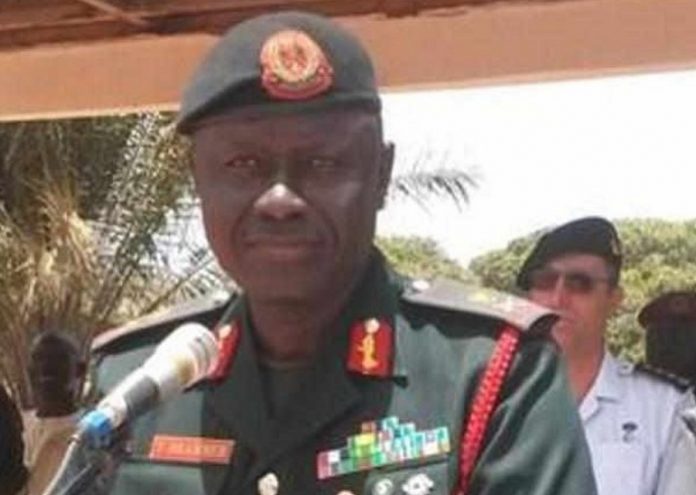 The newly-appointed chief of defence staff, Major General Yankuba Drammeh has urged Gambian soldiers to be professional and avoid politics. He was speaking as he took over from outgoing CDS Lt General Masanneh Kinteh.

Drammeh paid tribute to Kinteh for his ‘exemplary and faithful service’ to the nation and her people during his time in office. “In a contextual term, General Kinteh represented an embodiment of a fine, gentle, diligent, charismatic, intelligent, visionary and a professional officer.

“As his second-in-command, our professional relationship had always been characterised and defined by genuine consultative and constructive engagements, especially on matters relating to the reform agenda and other key national concerns. Sir, as you are scheduled to take up a new but prestigious appointment with the Foreign Service, please allow me to wish you a fulfilling and rewarding tour of duty on behalf of the entire membership of GAF and indeed on my personal behalf,” Drammeh told Kinteh.

“Perhaps I should emphasise that in order to redeem our image as the people’s armed forces, GAF must remain apolitical and professionally responsive in the discharge of its constitutional roles. Commanders at all levels are, therefore, enjoined to continue to remind officers and soldiers under command to remain non-partisan and be guided by the stipulated code of conduct and the relevant provisions as contained in the constitution in the discharge of their duties,” he added.

Outgoing CDS Kinteh, challenged the soldiers to remain loyal to the country and her citizens.