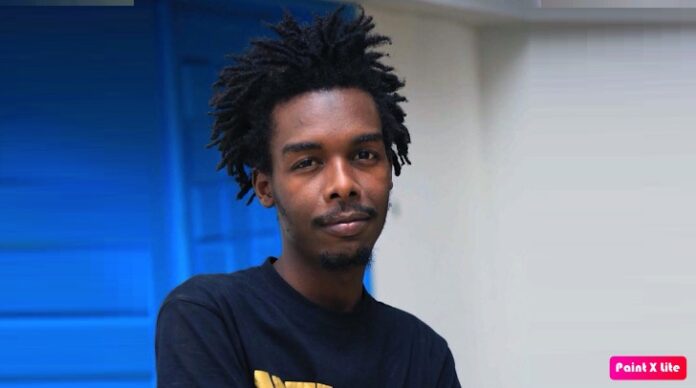 There is no doubt that Alieu Bah or Immortal X is one of the strongest voices of justice, equality and human rights in the Gambia. He has shown us that he believes in and upholds the principles and standards of justice and equality. He has expressed his unflinching disdain for discrimination, sexism, tribalism, corruption and all forms of abuse and homophobia in all forms. He is known for openly standing up for girls, women, persons with disabilities, minorities, LBGTQ+ and indeed all oppressed and exploited peoples of the world.

To me, he is one of the leading lights of our society. The epitome of the ideal youth and citizen that our country, Africa and the world need. He is a youth who is independent minded, determined and courageous in the fight for truth and justice. He is a huge inspiration to me, personally.

It is precisely because of his remarkable revolutionary profile as a man of justice and an exemplary activist that I had expected nothing less from him but the manifestation of the true ideals of that profile. Hence when it broke out that Alieu was involved in unethical actions with women for selfish gains it generated an intense torment in me. I reacted without equivocation to indicate that I shall never condone corruption, abuse and injustice even if perpetrated by myself.

My sense of consistency requires that as I celebrate him because of his remarkable service to the public so also will I condemn him for his reneging on sacred principles and noble objectives. In the first place, it was because of these sacred principles and noble objectives that he joined movements and organizations to promote and defend justice, equality and freedom. From Pan-African movements to OccupyWestfield to the Third World People’s Alliance and others, I have seen Alieu grow, develop and work through these structures from many years back. Everyday he makes me proud and hopeful.

I do not abandon Alieu and will not abandon him so long as he recognizes his mistakes and is prepared to correct them. The Gambia and Africa need that activist, revolutionary Alieu Bah to salvage our society. Therefore, I am ready to bring back that Alieu to that battle path on which we have treaded together over the years.

Indeed, Alieu Bah has not raped or physically violated any women sexually. He is not a rapist or sexual molester. This is clear in his statement of apology as well as in the statement by TWPA.

Rather Alieu acted unethically as a philanderer and through such acts extracted money from his victims by falsehood. In one sense one can argue that philandering or promiscuity is a personal matter.

Many men and women, married or not engage in promiscuous lifestyles. Unethical as that is, it is still a personal matter for which I may not bother about. However, where one belongs to an organization that stands for justice it will be unethical to engage with members in a manner that exploits them and undermines their dignity. Hence I condemned his actions.

But I appreciate Alieu and I stand by him for his willingness to correct himself. Yes, he was compelled to apologize. But it must be recognized that he also has a choice to accept that pressure or not. In my view he accepted the pressure to actually apologize because he has recognized his error and prepared to correct it so that he will remain on the path of service to humanity.

Otherwise he could refuse the pressure to make a public apology even if the organization would expose him. He could still remain in denial and face the consequences.

Alieu did not do that. He rather chose to accept their demand to accept his wrongs and apologize publicly. In that apology, Alieu has shown us what kind of human being he is in this last paragraph of his statement,

“I am here making a promise and an absolute one too. I will re-educate and rehabilitate myself Because some of these actions I have done thinking nothing or very little of it —this is not said as an excuse but as a genuine attempt at explaining how much I need to re-educate myself. I will go back to radical black and brown feminist works to study and most of all to incorporate in my life and practice. I have been sent a reading list by the RMGU which I will study diligently and in the end write a resource for cishet men on abuse and accountability.”

This is a defining and significant statement. This statement is a mark of bravery. It is a demonstration of humility. It shows a human being who believes in justice. It is because of this single statement that I celebrate Alieu Bah once again and prepared to support him to overcome this ordeal. While I cannot speak for his victims, but I wish to appeal to them to recognize the depth of this statement and to forgive Alieu.

Many men have actually raped and committed heinous sexual violence physically on women. Many men and women philander and live a life of promiscuity. But how many men would own up to their immoral acts when they are exposed. We have men and boys in this country who committed rape as evidenced by police investigations and even charged for the crime but they continue to vehemently deny. Not just deny, but would shamelessly attack their victims and ridicule anyone who stands with those victims.

Until today we have seen some Gambians celebrate rapists like Yahya Jammeh yet they wish to crucify Alieu Bah (who did not rape anyone) without hesitation. Indeed, Alieu Bah is not in the same league with those people. He is way above them.

Therefore, I wish to celebrate Alieu Bah. I wish to call on him to quickly rehabilitate himself so that he can return to the world of activism for justice, equality and freedom in the Gambia, Africa and the world. In that vein I wish to call on Third World People’s Alliance to also recognize the exceptional courage, honesty and humility of Alieu Bah and return him to their membership. I wish to call on his victims, painfully as it will be, to support him to recover.

Let us recall a person like Malcolm X who was a severely misguided ghetto youth engaged in the most vicious, violent and immoral acts in life until he had to be sent to prison. He was a womanizer, a thief and an armed robber. But in prison he found the truth and the courage to stand by that truth that eventually he became one of the greatest leaders of our time. Alieu Bah can surpass Malcolm X as an asset to the Gambia, Africa and the world. I hereby give him a second chance knowing full well that I am also full of weaknesses. His experience has become a school for me to reflect on myself in order to improve.

Therefore, let all Gambians, and especially activists and revolutionaries around the world learn from the lesson of Alieu Bah to first of all, forgive and accept him and then to support him to recover. To know does not not mean to always do good. Yes, he is a very well informed and knowledgeable young man and belongs to great movements, but he is also human who could betray his own wisdom. But the greatest part is when he became aware, even if forced, to accept his weaknesses and mistakes with a commitment to change and improve.