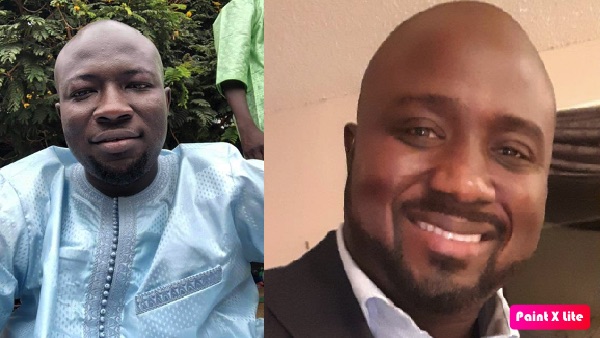 At least two Gambians based in America, Yahya Jammeh (not the former president) and Fatou Secka, who claimed to have contracted a Gambian architect to build houses for them in The Gambia, said they are victims of scamming.

In an exclusive interview with The Standard on Tuesday, Yahya Jammeh, a Seattle Washington Correctional Officer and businessman, accused contractor Ndow of defrauding him about D794, 312.

Jammeh recalled meeting Mr Ndow in 2015 during his visit to The Gambia. He said when they met during their discussions as ex-classmates, Ndow told him he is running a construction company.

“I promised that I will patronise him with my business when I am ready to build my Salagi house. It was in November 2019 that I decided to contract him to build me a four-bedroom storey building, an outhouse and the ground level and a swimming pool. We agreed that I will pay him D794,312 for the first stage, D595,725 for the second stage and D595,725 for the final stage,” he said.

The first payment of D794,312 was meant for the site clearing, security room and moulding blocks.

But Mr Ndow has denied defrauding the two, even though he accepted going into contract with them.

Jammeh said they agreed on a time frame of eight months effective November 2019.

“But when I was reaching the agreement with Ndow, I never knew that he [Ndow] was in the business of scamming or he would receive money from his customers promising to build them a house, only to scam them,” he said.

Jammeh shared with The Standard receipts of monies he had paid to Ndawen Consult Ltd accounts and the contract document. The receipts indicate that all funds were to be paid directly to the company Trust Bank account named Ndawen Consult No 00311065469101.

He said to his surprise, the digging of the foundation alone took Ndow three months. Jammeh said he decided to terminate the contract when Ndow started giving him flimsy excuses.

“So when I realised that he wasn’t committed to the terms of the agreement that he reached with him, I decided to terminate the contract but since then, attempts to recover my D794, 312 from him have proven unsuccessful. He had repeatedly been lying to me that he was going to return the money, but until today he hasn’t given me a butut,” Jammeh said.

In the termination letter seen by this medium, Jammeh wrote: “This letter is being written to confirm that the contract to build our home in Salagi is terminated as of March 06, 2020. You have violated the terms of the contract every step of the way and we have called you several times to resolve the issue and to find out why you have not started construction, but got unsatisfying answers from you”.

“On the last conversation we had on 3/22/2020, you asked for 2 weeks to work on the project, which expired on 4/5/2020, but failed to do any work on the project site. In fact, you only managed to dig the foundation, which is still incomplete. We will no longer need to use Ndawen Consult Ltd. for our home Construction Service in Salagi due to failure to start construction after 3 months of receiving funds and your dishonesty.

“We are very disappointed with the way you handled our project, and it is our wish that we part ways on good terms, we have decided to use another Contractor service that will honor, respect and commit to our written contract agreement. For the record since your actions and unprofessionalism caused the termination of this contract, we are asking a full refund of our money. You are to refund us D 794,312 upon receipt of this termination letter,” the letter reads.

Jammeh further told this medium that he has since reported Ndow to the anti-crime police unit during one of his visits to The Gambia earlier this year [2021] but to his disappointment, Mr Ndow was processed and released the same day after convincing the police that he was going to pay the money by instalments.

“We had an agreement at the police that he was going to pay my money in instalments but until today, he has not paid a butut to me. So now that I am frustrated, I decided to speak out to name and shame him. I want to call on Gambians living in the diaspora and those back home not to do business with him – he is a liar, a scammer and above all a fraudster. I hope my coming out to speak will save many Gambians from falling into his trap,” he alleged.

A frustrated Jammeh said he has completely lost faith in the country’s justice system as he urged the government to step up in its justice delivery.

“Many Gambians especially those living in the Diaspora are victims of Mr Ndow. If the government fails to address the challenges people face in seeking justice, people will start taking the law into their own hands,” he warned.

Another victim, Fatou Secka, a Gambian based in America said she had a D1 million contract with Mr Ndow in 2016 for the construction of a three-bedroom apartment in her mother’s compound. The contract, according to the agreement, was supposed to start on 30 September 2015 and end 30 December 2015.  Ms Secka also shared with this medium her contract documents and receipts of payments she made to Mr Ndow.

“I paid him D900, 000, but he hasn’t executed the contract I reached with him. I have tried all I could to get him to finish the house without success. At some point, I asked him to tell me what my balance was, he said D300, 000 – we agreed that he was going to pay me back but since then, he has not given me a butut,” she said.

She urged the government to, as a matter of urgency, find a way of stopping people like Mr Ndow.

She said the government should address the issue of the justice system or else people will start taking the law into their own hands. “Justice delayed is justice denied,” she said.

When contacted for comment, a tensed Wally Ndow, admitted owing Jammeh and Secka but denied the allegations of fraud.

“I never approached any of them to give me a contract; they saw my work and approached me. In both contracts, when I started things were going fine until I encountered some setbacks which delayed the contracts. I tried to explain my situation so they would understand. In fact, Fatou Secka blocked all my numbers and I couldn’t communicate with her,” he said.

“For Yahya Jammeh also things were going fine until when I had an accident which coincided with Covid-19. I informed him about it and called his wife to explain the situation but to my surprise moments later they sent me a termination letter despite the fact that I was still within the contract frame. I called Jammeh to try to convince him to give me time to complete the contract but he declined,” he said.

He admitted that by the time Jammeh terminated the contract, he had already owed him D794, 312 which he promised to start paying on 10th of May.

“They both terminated their individual contracts but despite that, I accepted that I am going to refund them. Let them give me three weeks, I will pay them by instalment,” he said.

However, Jammeh and Secka aren’t convinced that Ndow would honor his promise. They said Ndow has been making such promises but he has no intention or plan on how he wants to refund the money.