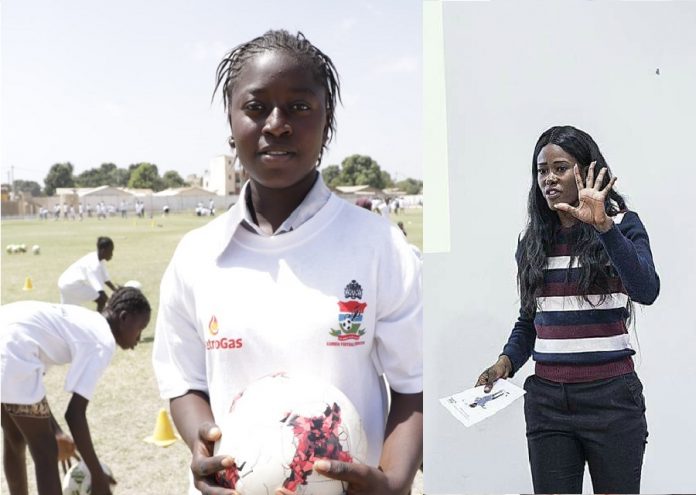 On Tuesday, the Caf Executive Committee approved the creation of the women’s club competition, which will start in 2021, in its plans to grow the women’s game.
The development means Caf has begun the implementation of a four-year women’s football strategic plan for Africa, in collaboration with Fifa, decided upon in Egypt last November.

Speaking to Goal.com Sainey M’boge who is also the Gambia Football Federation (GFF) head of women’s football believes the creation of the Caf Women’s Champions League will offer the stage to unearth new female stars in Africa.
She added that the event will arouse interest to support domestic leagues and expose new talent.

”We will see the emergence of new stars instead of the usual dominant clubs that you find in the men’s game,” M’boge told Goal.
“It will also give more exposure and experience to coaches, players, and administrators.
“In the Gambia, we are fully supported by our Executive Committee that put Women’s football as a top priority with the president been passionate about its progress.

”I must congratulate Caf for the great step because you will have thousands of girls and women across Africa who will now be dreaming of playing in the Champion League.
“We also have to give credit to the Gambia Football Federation executive for this opportunity without which it would have been difficult for us to integrate into the beautiful game.”

Women’s football has struggled for support on the continent, largely due to the paucity of funds but Fifa has offered a Covid-19 Relief Plan of $500,000 to member associations which is 25 million Gambian dalasis. The Gambia has a robust first and second division leagues and once reached the Fifa women’s Under 17 finals.
“The Caf Women’s Champions League will be launched in 2021. The format and other details will be communicated in due course,” Caf confirmed via a statement.