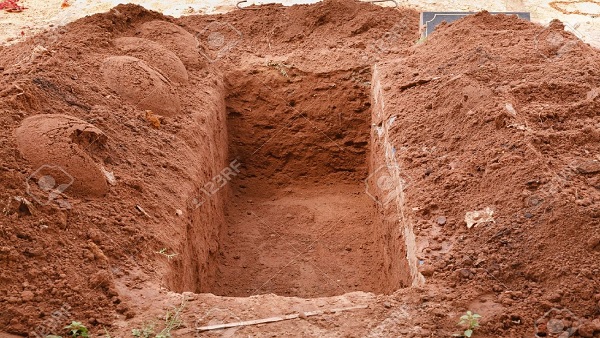 Mystery engulfed Kembujeh village Saturday when once again a woman, who had been dead more than year, had her grave dug and her body found near the grave. According to village and family sources, this is the second time her grave has been disturbed and her body removed from the ground.
“Last year too it happened and we had to rebury the body. We don’t know who is behind this,” a very close family source said.

When The Standard visited the deceased’s home in Kembujeh yesterday, her father Bubacarr Jallow declined to comment on the matter only saying, “I cannot talk to you at this moment. I know you are doing your job. But I am in great distress”.
The Standard then visited a nearby fire station in Brikama where station officer Muhammed Drammeh confirmed they got a call around 11:48am from one Nasirou Hydara in Kembujeh, reporting the matter. He said his men rushed there and found a body outside the grave before taking it to the Brikama Health center.

Lamin Sanyang, Officer in-Charge of the Brikama District Hospital, said a dead body was brought to the hospital Saturday which was sprayed with chemicals and referred to the mortuary.
The hospital also confirmed that it was the same body buried a year ago, exhumed and placed outside.
The Standard also approached Brikama Police Station but the officer commanding would not comment on the matter. He referred The Standard to the police PRO who was not immediately available for comment.