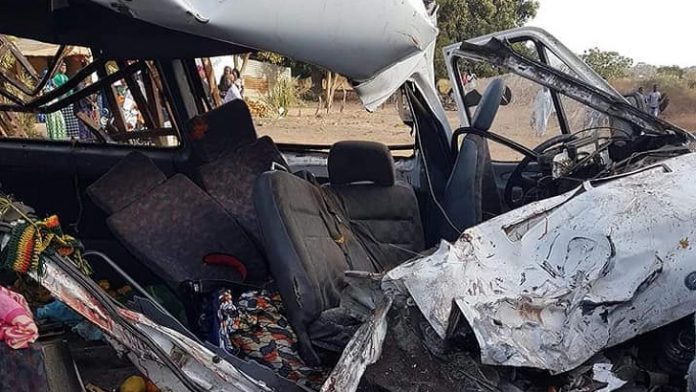 The police prosecutors yesterday pressed charges against Musa Gibba, a driver, at the Brikama Magistrates Court, accusing him of causing the death of six people in Pirang.

The charges relate to a recent car crash in the village in which six people died.

Gibba, 26, is from Bajagharr village and is charged with two counts bordering on reckless and negligent act causing death.

However, when the charges were read to the accused he denied any wrong doing.

Police prosecutor Sgt 3533 Bobo Jarju, informed the court that the accused drove a motor vehicle in a rash or negligent manner endangering lives.

He is also accused of driving in a rash or negligent manner which caused the death of Ismaila Badjie, Fatou Njai, Musa Jallow, Hamadi Sabally, Sadibou Badjie and Anna Jarju.

The police prosecutor urged the court to deny the accused bail as investigation into the matter continues.

“Bail should be denied as the accused is 26 years.

The court should consider the six people who lost their lives in the incident, and also consider that the incident is still fresh in the hearts of the victims’ families,” the policeman begged the court.