The Standard
25.6 C
City of Banjul 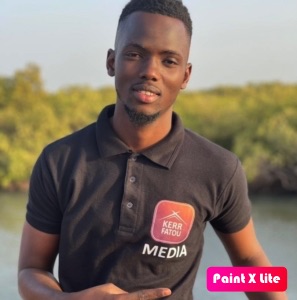 The Gambia Press Union (GPU) condemns in the strongest terms the physical assault on a reporter for the online platform, Kerr Fatou, by President Adama Barrow’s photographer.

Modou E Njie of the Office of the President physically assaulted Buba Gagigo of Kerr Fatou who was covering President Barrow’s registration for a voter’s card on Wednesday, 2nd June, in Banjul.

It is the second time that a reporter for the independent online news platform has been assaulted by persons associated with the President. In 2019, during one of the nationwide tours of President Barrow, a Kerr Fatou staff assigned to cover the tour was assaulted by a local language interpreter of the president after accusing the media outlet of being politically biased against the president.

This latest assault on Kerr Fatou staffer happened in the presence of the chairman of the Independent Electoral Commission, police and other security officers at the McCarthy Square in Banjul where voter’s cards were being issued.

The GPU sent a delegation to Banjul to make sure that the matter is given the attention it deserves and that due course of the law is followed. A formal complaint has been filed at Banjul Police Station where both the reporter and the alleged assailant gave their statements.

Magistrates’ Court on Friday, 4th June. Mr Gagigo said the State House staffer assaulted him after accusing him of obstructing him from taking photos of President Barrow.

“As we were interviewing the president [Adama Barrow], Njie was behind me taking photos of the president while I put our microphone to the president. He later came to me saying I intentionally stood in front of him while he was taking pictures. I told him I wouldn’t know what happens behind me while I was concentrating on the interview with the president. And there were many other people,” Gagigo told the GPU.

“From the president’s interview, I continued to interview the IEC chairman and

immediately after that interview, the guy [Njie] attacked me, knocking me to the

ground. He was hitting me continuously until the police and some other journalists on the ground intervened.”

The president of the GPU said the union is deeply saddened and worried by assault on Gagigo. “This is unwarranted, unacceptable and a direct assault on press freedom,” President Sheriff Bojang Jnr said.

“This sort of attacks on journalists must stop, and in this case, we want the perpetrator punished to deter him and others who have no regard for the rights of journalists from committing similar violations.”

This latest assault of a journalist by a State House photographer rekindles the bad and unacceptable memories of similar attacks on journalists with impunity by people close to the State House during the dictatorship.

President Barrow’s accusation of journalists of biased and unfavourable coverage has the potential of fanning his supporters and militants against the media.

The GPU wishes to reiterate that it is the primary obligation of the state, its agents and everyone to protect and respect media freedom and independence as journalists execute their watchdog function. Assaulting journalists in their line of duty is inexcusable, intolerable and unacceptable.