12 Winners smile to the bank in Lotto draw

Meanwhile, Lotto has expressed satisfaction with the performance of its sponsored West Coast regional league side Brufut United who recorded another resounding victory beating Nema Youths 4-0 in Sukuta on Sunday.

”We are proud to know that the team can win both home and away matches. We are very pleased with our association with this team”, said Louis Mendy, operations manager of Lotto.

Winning numbers for the 21st of February 2015 draw.

Total numbers of winners this week is 2157.

By Tabora Bojang As The Gambia moves closer to the reopening of the airport for the new tourist season, the acting director general of the...
Read more
News

By Omar Bah Two Senegalese soldiers serving with West African troops in The Gambia have been repatriated after they were arrested by police for violating...
Read more
- Advertisment - 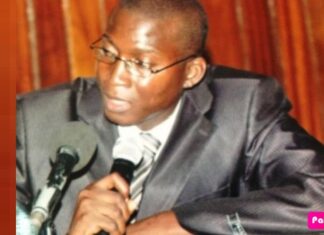