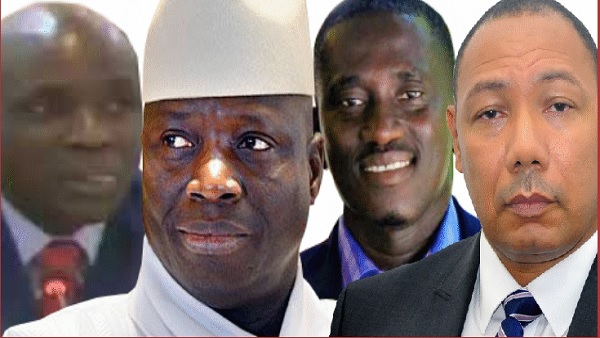 The Gambia government has published its white paper on the Janneh Commission report which looked into the financial activities of former president Jammeh, his family and close associates.

The government accepted to seize assets of former president Jammeh to compensate for about a billion dalasi and hundreds of millions of foreign currency the commission found him to have taken from public funds.

According to the Janneh Commission, the damage former President Jammeh has caused to Government institutions, public resources and state-owned enterprises is of such serious nature that the government ought to introduce a motion before the National Assembly for charges to be brought against him for theft, economic crimes and corruption.

Government also said it has accepted the commission’s recommendations that former president Jammeh is banned from holding public office in The Gambia for the rest of his life .
According to the Accountant General, in July 1994 when Jammeh took over power, his salary was D2, 744.20.

However, during his tenure as head of state, Jammeh acquired 281 landed properties throughout the country and two properties outside the country (one in US and one in Morocco).

According to the Commission fifty-one of the 281 properties owned by Jammeh were purchased for the total of D195, 500, 000 despite the fact that his legitimate earnings were insufficient to acquire properties worth that amount.

Among them are former SGs Momodou Sabally and Njogu Bah. Mr Sabally has been banned from holding public office for life after the commission found him to have facilitated withdrawals from the Central Bank among other things.

He told The Standard yesterday that he could not immediately comment on the matter, preferring instead to consult with his lawyer.

However, the government has come under criticism for rejecting the commission’s recommendation for the sacking of a number of senior serving officials.

Among them is current chief of protocol Alhagie Ceesay.

Critics say the decision to just warn Mr Ceesay and others amounts to selective justice.

Meanwhile, three former members of the junta: Ebou Jallow, Edward Singhatey and Yankuba Touray, have also been asked to pay a combined amount of $32,220,000 within thirty days, failure of which their properties shall be forfeited to the state and sold.