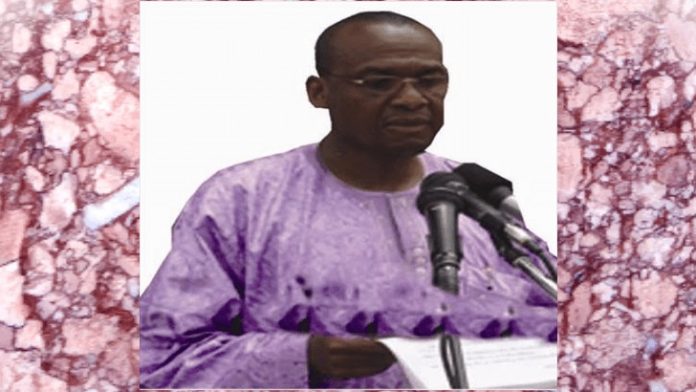 The Assets Management and Recovery Corporation (AMRC) established in 1992 to manage the assets of the defunct Gambia Commercial and Development Bank (GCDB) is seeking an amendment of the Act that established it to facilitate its operational diversification.
The corporation’s managing director, Momodou B Jallow, said this yesterday during the presentation of its financial and activity reports for the years 2015, 2016, and 2017 before the National Assembly Public Enterprises Committee.

The MD said AMRC has achieved “remarkable success” in the attainment of its dual primary objectives of debt recovery of nonperforming assets of the defunct GCDB and the management and disposal of forfeited properties arising from the various operations of the commissions of inquiry established by the 1994 military takeover.
But he said the corporation was ordered by Barrow’s government to stop the sale of all lands properties forfeited after July 1994.

“As it is now, we are not exploiting our mandate and as time goes on with the new board, we will definitely engage the government and know exactly what they want to do with the AMRC,” Jallow said.
“We are like in limbo because we do not know where the corporation is heading to, so we are not being very proactive but basically waiting to see what is next for AMRC because it seems as it has outlived its resourcefulness since its creation in 1992,” he added.
He said it is prudent for the amendment of the AMRC Act to facilitate an enabling environment for the operational diversification of the corporation to contribute more meaningful to national development.

Officials say the corporation has recovered about 90% of the entire GCDB portfolio of D300 million from its various accounts with an outstanding balance of D33,638,233 as at the year ending 2017.

There has been huge uncertainty as collections efforts are ceasing, because large parts of these debts are either unsecured or lack proper documentations since “some of the debtors are non-traceable, deceased or no longer in a position to pay off their liabilities”.
The financial report for the year showed a collection of D 198,046 and an outstanding balance of D17,684,898 under the commercial loan portfolio.

The corporation also faces difficulty in recovering agricultural development loans given to farmers in the form of tractors, agricultural tools, and fishing gears through the Ministry of Fisheries, and Water Resources in the Jawara government.
“These loans were unsecured without any collaterals and the management is finding it difficult to recover them due to the nature in which they were disbursed. Most of the debtors have relocated, either deceased, or no longer in the position to settle the debts. No recovery was made in the year. The outstanding balance as at the end of the year is D24,413,091.”

Jallow said the management would take up this matter with the board to discuss whether these loans could be written off because they are very old debts dating to decades adding that the chances for them to be recovered are minimal.
A total of D38,080,000 has been received for the year 2017 from the loans given to area councils and other business people in the first republic indicating a negative outstanding balance of D8,459,756 transpiring as a result of an appreciation in the value of the property.

The session was adjourned to Monday for the adoption and consideration of the reports by the deputies.