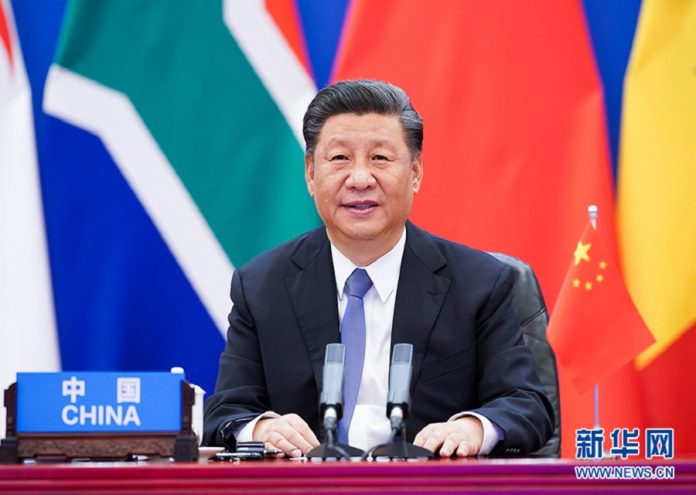 CGTN: Beijing said on Wednesday that the Extraordinary China-Africa Summit on Solidarity against COVID-19 has reached consensus and will help boost efforts in the fight against the pandemic, as well as build trust and friendship and uphold multilateralism.

“This is an extraordinary summit held among leaders of China and African countries amid the joint efforts to combat the pandemic,” said Chen Xiaodong, China’s assistant minister of foreign affairs. “President Xi Jinping delivered a keynote speech and raised a series of important proposals and suggestions.”

A joint statement was released after the summit and that will have a big significance and lasting influence over key international issues, according to Chen.
He said that the special meeting will further enhance the joint efforts of China-African countries in the fight against COVID-19, demonstrate the firm will of mutual support and further build up the global confidence to win the battle against the pandemic.

“China and Africa call for joint efforts to uphold multilateralism, oppose unilateralism and racism, and support the important roles of the United Nations and the World Health Organization in the fight against COVID-19,” he stressed, adding the two sides “oppose politicizing the pandemic, discrimination, stigmatization and attaching a geographical label to the virus.”

Chen underlined the leaders’ agreement to “protect the common interests of China and African countries, and support multilateralism.”
Hailing the summit a “success,” the diplomat expressed confidence that China-Africa ties will be further strengthened through cooperation in fighting COVID-19.
“As President Xi said … we will eventually win the battle against the pandemic and Chinese and African people will enjoy a better life,” he said.

The joint statement also stressed the two sides’ commitment to “extending mutual support on issues regarding each other’s core interests and major concerns.”
“China supports African countries in exploring development paths suited to their national conditions and opposes interference in Africa’s internal affairs by external forces,” it said. “The African side supports China’s position on Taiwan and Hong Kong, and supports China’s efforts to safeguard national security in Hong Kong in accordance with law.”
Chen called it “a vivid illustration of a China-Africa community with a shared future.”