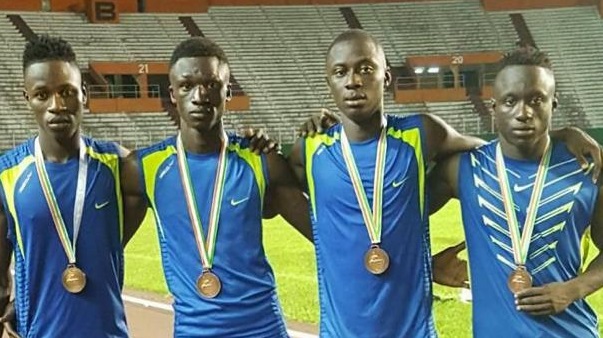 Coach Mariama Conteh, who along with Malick Bobb recently guided the Gambia Under 18 -20 athletes to 8 medals in Abidjan has said the country’s athletics future has good prospects.

The Gambian team won gold in the 400 meters boys, 4 silvers and 3 bronze medals in other events at the African Under 18 and 20 championships in Abidjan, Ivory Coast, just over a week ago.

According to Coach Conteh the performance of the team provided a resounding proof that with adequate support Gambia can do better in athletics than any other sports. “These young athletes are mostly from the schools and we intend to keep them in training to get them better for the coming international meetings and I have no doubt that they will make the country proud again,” she said. She said the young athletes have performed with confidence and patriotism.

The Gambia Athletics Association president Dodou Joof praised the team and reiterated his commitment to leave a tangible legacy in athletics and the Abidjan performance is very much encouraging.