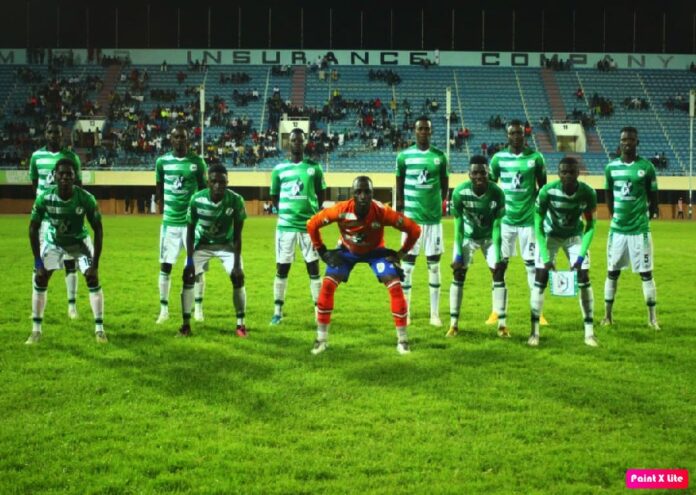 Fortune FC’s title ambition remains on course with another three points last weekend when Ebrima Camara (Bura) inspired them to victory after scoring a breathtaking volley in the 36th minute to tame Gambia Ports Authority, GPA.

The former Bakau United striker’s flash of brilliance was all the Petroleum Boys needed to go back on winning ways after a hat trick of draws.

The game was rescheduled from Week 11 due to the senior national team’s engagement in the AFCON qualifiers.  Fortune is now 4 points clear at the top as the first round comes to a close next weekend.

On Saturday, Brikama United’s Papis Nyassi (Vet) increased his goal tally to nine with a brace against Marimoo when he banged two goals without reply. The agile striker netted his first in the first half with a splendid effort before converting a spot-kick he won in the dying minutes of the game with a fabulous kick.   Vet, as he is commonly called, has now overtaken Armed Forces Saikou Ceesay who scored 8  but has a game to play on Friday.

In the late kick-off, Wallidan and Hawks played a one-all draw ending their first round games.

As we are going to the press, Tallinding United was locking horns with Gamtel at the Independence Stadium.