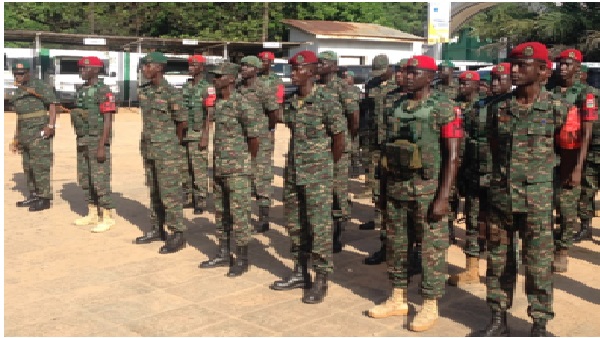 The Gambia Armed Forces yesterday began its annual nationwide tour.
The tour is to engage Gambians on security matters.
For the first time, the delegation includes defense minister Omar Faye, commander of the Gambia Army Mamat Cham and senior members of GAF.

At a parade at the defense headquarters in Banjul, General Masanneh N Kinteh, Chief of Defense Staff of the Gambia army, said the tour will commence in the North Bank Region and that the delegation will meet Ecomig forces in the country, particularly the Ghanaian contingent.

According to CDS Kinteh, the aim of the tour is to strengthen good practices and promote good governance and station the army in the right direction.
“…The constitution enjoins the Chief of Defense Staff to annually meet the people of the country. “

He said the tour is an opportunity to engage his troops in open discussions and to transmit the message of the transformation agenda of the army.

He added: “We will take this opportunity to engage members of our community and take advice on how to better serve them.”

He said the tour will give them the chance to know the condition of soldiers and their families, issues underpinning them and their general wellbeing.