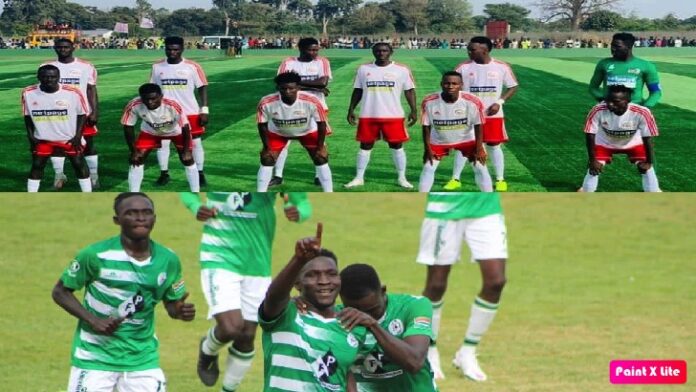 Action continues in the GFF league with flying starters BK Millan of Bakau squaring up for titanic battle against Gambia Ports Authority (GPA) at Basori this afternoon. Millan’s shocking thumping of Gamtel FC last week has given them the top of the table, at least alphabetically. If they want to stay there, they would have to maintain their giant killing form against big guns Ports who are wounded from last week’s draw against Banjul United.

Marimoo FC, beaten 2-1 by GAF last week, are in no mood for trivialities as they chase their first points in the season against Banjul United at the stadium this afternoon.  Tomorrow Saturday GAF will play mighty Hawks at the Stadium as Elite United take on Brikama United at Basori.  Elite were surprised winners over Hawks last week but will face an uphill task against the Sateyba Boys at Basori.

But the match of the day is reserved for the NTTC in Yundum where Real de Banjul takes on Gamtel. The week ends on Sunday with Petroleum Boys Fortune of Farato playing Tallingding United.