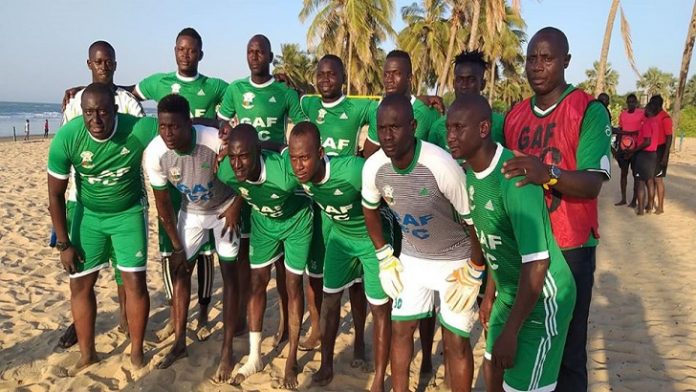 The 16-team championship will run until early January 2020 and will showcase hidden young talents in the game who will now have an opportunity to play in the national stage and even international.

GFF president Lamin Kaba Bajo was delighted that the new sport has been successfully launched.

At Friday’s opening between B4U Kiang and Gambia Armed Forces(GAF), he congratulated the teams that have shown interest to take part in the championship.
Mr Bajo said the GFF conceived the idea of beach soccer two years ago and a Standing Committee has already been set up to administer the sport under the of Federation.

“Beach Soccer is a very popular sport in the world and despite our size as a country, we have the talents to compete in the game both at national and global levels”, Bajo said. He assured the teams of a good and enjoyable championship while also affirming that the talents that are hidden would all be tapped and showcasedpraying that he country will soon play in the international stage.
Friday’s opener was won by B4U Kiang beating GAF 4 goals to 3. The tournament continues next weekend.