‘I Will Not Step Down Just To Satisfy My Opponents’ 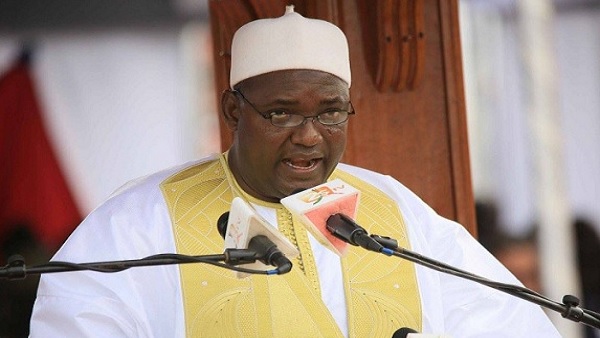 President Adama Barrow has warned that the “few political opponents who are eager to unseat” him must wait until the right time because there cannot be two presidents in the country.

He did not say who the opponents are.
The president said he is surprised that those same people, because they want to be president instantly, found it logical to force a sitting leader to step down who wants to follow due process of the law. “It is outrageous and never happened anywhere in the world, where a leader who says he wants to follow the constitution is being asked to follow the wishes of few people just to allow them become president. I want to tell these people that I am going to respect the law and will do whatever the law states,” Barrow told a cheering crowd in Bansang yesterday.

Barrow said what is common is that leaders that are power drunk use other ways to extend their mandates by changing the law, leading to civil disturbances. “But to force a sitting president to bend the rule and follow what you want would be very difficult to take. I want to call on them to work and wait for 2021 because we cannot have two presidents in The Gambia,” he said.

President Barrow said 2021 is the year of accountability for him, as he will be facing Gambians to hold him to account over his development records.
He said the crowds of people coming to his meetings since the commencement of the tour is a clear demonstration that Gambians are with him and want to work with him until 2021.

President Barrow said energy remains a top priority of his government, pointing out that upon completion of the Gambia River Basin Development Project, the country will achieve a massive transformation in the availability of reliable supply of electricity across the country.