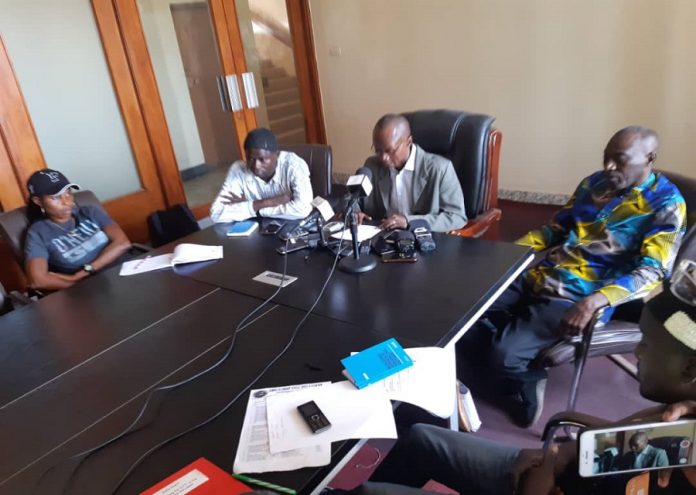 The Gambia Secondary School Sports Association (GSSSA) the organisers of the popular inter-schools athletics championship yesterday announced that this year’s event will be from the 13th to 15th March.
More than 900 athletes from 71 junior and secondary schools will take part in the two categories.

Ousman Kebbeh, acting president of GSSSA, said there have been a massive sensitisation and consultation all around the country to get the students to take interest in this important event as well as for parents to see what their children will be up to in the three days of competition.

“We are ready for the national championship having improved on many areas since the last few years.We are trying to make this event an international product and we are hopeful that this years’ event will be another success,” he said.

Others who made statements included Baboucarr Sey, the press officer for the GSSSA and Alieu Cham, competition, chairman who called on the participants to follow the rules and regulations.