Israel ‘wish Gambia prosperity and wellbeing’ on 54 anniversary of Independence 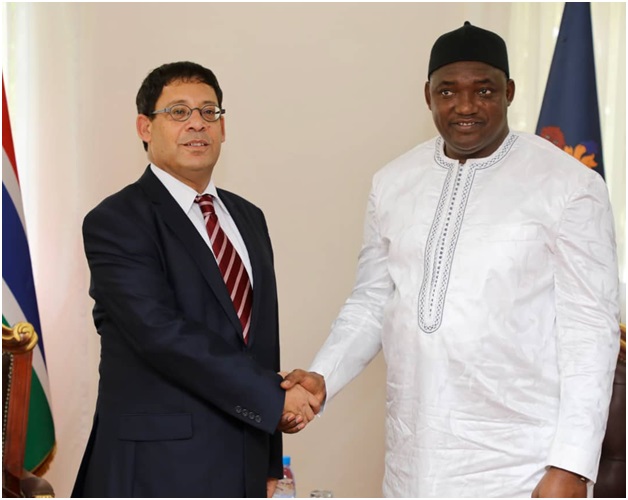 Middle Eastern nation Israel has congratulated The Gambia’s president and the people of the country on the occasion of their 54 Independence celebrations.
Roi Rosenblit, Ambassador of Israel to The Gambia based in Dakar, wrote: “Gambian-Israeli partnership started years before The Gambia’s independence. The two countries’ relations were boosted dramatically by the meeting of Gambian President, HE Adama Barrow with Prime Minister of Israel Benjamin Netanyahu, in Monrovia in June 2017. Ministers and high level officials visited Israel recently, and this is only the beginning.
“In December, we celebrated in Banjul the 60th anniversary of Mashav, Israeli Agency for International Development Cooperation, and marked the strong relations between our countries and peoples.

“Our embassy celebrated in Mansakonko the launching of “The Equaliser Gambia – Education on Top”, a voluntary program meant to support students, especially those at risk of dropping out and from underprivileged backgrounds. The Embassy of Israel donated 80 uniforms to the inspiring children and selfless volunteers. “Equaliser Gambia” is an offshoot of “The Equaliser Israel”, which was conceived when Omar Keita of the Gambian Ministry of Preliminary and Secondary Education was in a month long fellowship in Israel in 2018, through Mashav, and is part of our extensive cooperation with the Gambian Ministry of Preliminary and Secondary Education.

“This year, we intend to extend our cooperation to a variety of fields, such as healthcare, education, women empowerment, agriculture and fisheries, in which we will offer a variety of fellowships and training courses for professionals from The Gambia. We will be offering, for the first time, Gambian agriculture professionals a year-long training-on-the-job in Israel on the newest agro-technologies and methods.
“On the 54th anniversary of your independence, the people of Israel wish you, people and government of The Gambia, many years of wellbeing, prosperity and cooperation.”