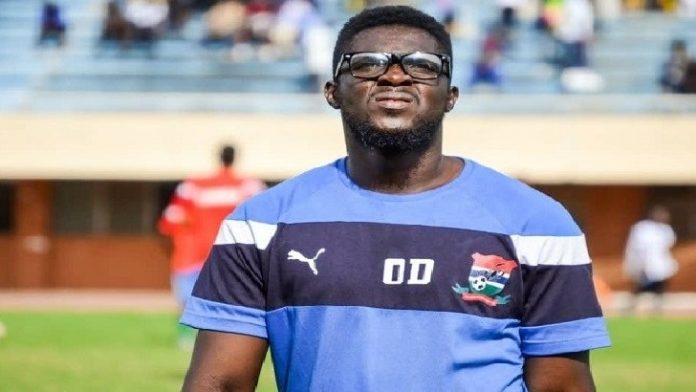 Gambia national team manager Ousman Drammeh has conveyed the apologies of the Scorpions to the general public for narrowly missing out on the group stages of the Word Cup 2022 qualifiers following defeat to Angola.

Drammeh posted the note on his social media timeline upon returning from Luanda at the end of the campaign.

“Our apologies to the general public and Gambian football fans for the disappointing results against Angola.

There are so many attributes one may use to blame us for the recent defeats ranging from technical, administrative, social etc”, said without specifically pointing anyone.

He went further to note that despite the fact that a lot needs to be done in terms of logistics, “the gap between us and these other nations is still something in terms of the level of experience, infrastructure, finance which are all key performance tools that apparently influence results”.

He said trying to do something that has never happened is quite a daunting task as “Gambia never qualifies to a major tournament.

“Nonetheless the fans and general public are assured that change will happen as the team have learnt lessons in the past campaign which can only make the Scorpions better insubsequent matches.

We will come back stronger and put up a respectable performance to keep our hopes alive to try to qualify to the next Afcon”, he concluded.