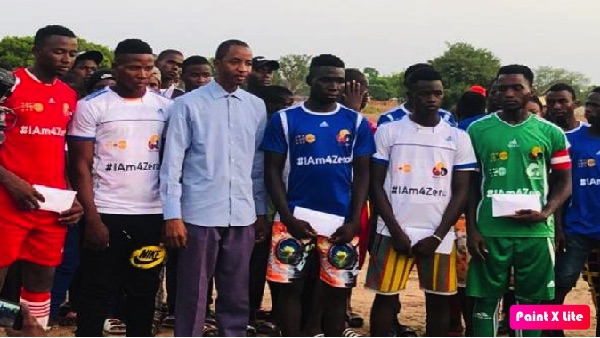 Sotuma Samba on Sunday beat Sandy Kunda by a goal to nil in the final of the United Nations Population Fund (UNFPA) organised football tournament to be crowned champions of Upper River Region. The football tournament played at Hella Kunda is part of the 12-day  “I Am for Zero Campaign” by the United Nations Population Fund (UNFPA) and its partners which seeks to promote the realisation of the agency’s three transformative results: zero unmet need for family planning; zero preventable maternal death; and zero Gender-Based Violence and harmful practices.

The campaign aims at finishing the unfinished business in sexual and reproductive health and gender-based violence specifically targeting women, men, adolescents and young people in hard-to-reach communities in Central River Region North, the Baddibus in the North Bank Region and the Wuli or Fatoto areas in the Upper River Region.

The campaign is being conducted in collaboration with the SOS Mother and Child Clinic, Regional Health Teams in NBR, CRR and URR, Gambia Family Planning Association and the Network against Gender-Based Violence, among others.

Within the context of the COVID-19 pandemic, the campaigners also engaged communities through risk communication and community engagement discussions especially in dispelling myths, misconceptions and misinformation around the uptake of vaccines and encourage community residents to be vaccinated.