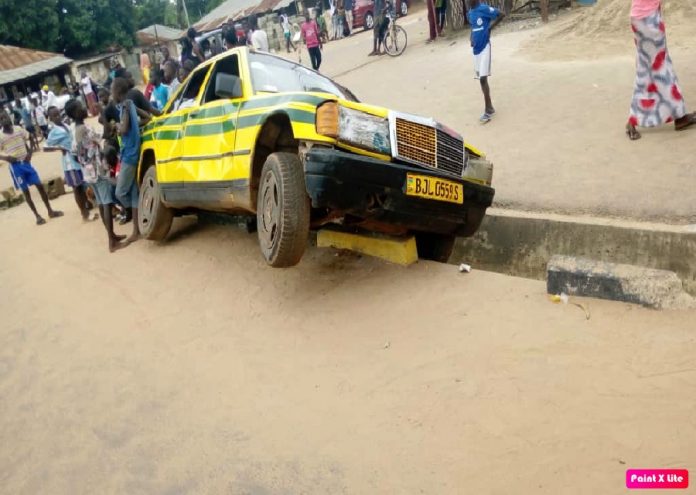 A 7-year-old girl was on Sunday struck and killed by a speeding car in Brikama, eye-witnesses informed The Standard.
According to eye-witnesses, the 7-year-old girl was knocked down exactly on the zebra-crossing.
The car ended up lodged into the gutters. The driver was whisked away by his fellow drivers as angry youths rushed to attack him.
Unconfirmed reports also indicated that another passenger died while the car fell into the open gutters.