The Senegalo-Gambian Permanent Secretariat yesterday met the public and private sector institutions in The Gambia to thrash out modalities for the first ever eagerly awaited networking forum between private and public sector operators in Gambia and Senegal.

That forum will be held in the Senegalese capital from the 24 to 25 May at the King Fahad Palace.
It is expected to bring together top class business entities and operators from both countries to network and identify key ways on how to boost the two countries business industry. The Secretariat hosted the Banjul meeting to whip up interest and encourage Gambian public and private sector operators to attend the Dakar forum in large numbers not just to ring the two people together but to harness the much potentials for business and commerce between the two countries.

It will be based on theme ‘bringing the people of Senegambia in a single-interactive-business-platform.
The’ organisers the Senegalo-Gambian Permanent Secretariat, which is an inter-state institution whose core mandate is to harmonise policies, protocols and cooperation signed between the two countries, said the May convergence in Dakar will be the beginning of a sustained business economic growth for both sides.
Speaking at the preparatory meeting at the Ocean Bay Hotel yesterday, Alhagie Aboulie Baks Touray, the CEO of Sahel Investment summed up the concept as follows; “The Gambia and Senegal are linked culturally, we are linked historically and ethnically and we should be linked economically and commercially but that has been elusive for some time. To do this is to bring people together, to see the advantages of partnerships across borders, so that we can benefit from the realities of the global world.

“I think this is a brilliant initiative. My only hope and prayer is that it will be sustained so that it will have tremendous benefits for both countries and particularly for economic operators.”
Ambassador Paul Badjie, who is the executive secretary of the Secretariat, said the May convergence will avail stakeholders the platform to rebuild what he called the “face of Senegambia.”
He criticised the so-called integration that exists between the two nations, saying now is the time for words to be put into action.

“It is true, when you want to go to Senegal, sometimes you have problems. But as a  Senegambian, why should you have problems when going to take care of your duties? We should work to eliminate all the obstacles so that Gambia feels like home in Senegal, the same Senegalese who come here to have the same atmosphere here in the Gambia. Together, we are the same, the same family, so we should not have a problem. We should develop together, we should have peace together,” Badjie said.

Saikou Jarju, the finance director of the Secretariat, said if they are to harmonise policies, which is part of their mandate, then the May conference is one way to doing that.
“Our job is to bring the people [of Senegal and Gambia] together and see how to benefit from each other,” he said. “We are like referees and judges between the two countries. Whatever we get ourselves into, we do it for the interest of both counties, and the best way to do that is to bring these people together, the Seneglese and Gambians to sit together and chart the way forward.”

Mr Jarju went on: “It is important for all the players, Gambian actors, be it in the private sector or public sector, be it in sports, entertainment, media, all of them should find ways to get to Senegal and sit with their counterparts and forge links and so forth. That’s the basis of this event.”

By Bruce Asemota Another group, Activista The Gambia, has applied to the Supreme Court of the Gambia to be joined as a party to the...
Read more
- Advertisment - 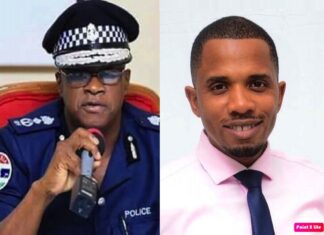 January 21, 2021
By Alagie Manneh The Citizens' Alliance party has criticised as “ridiculous and counter-productive” a directive issued by the IGP's office ordering tinted glass vehicle owners...