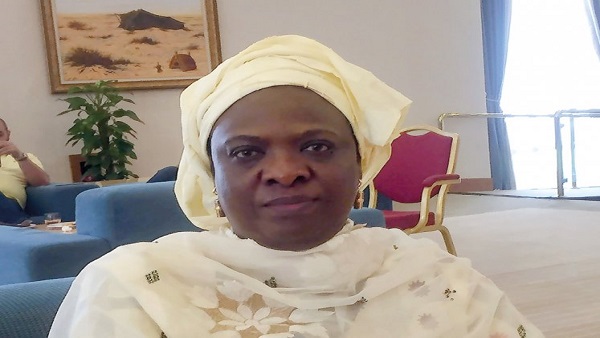 The National Assembly of The Gambia has rejoined the membership of the Commonwealth Parliamentary Association (CPA).

At the 64th CPA General Assembly, meeting in Kampala, Uganda the Commonwealth Parliamentary Conferenc, approved the application from the National Assembly of The Gambia to reconstitute the Gambia Branch of the CPA following their application to re-join.

The Deputy Speaker of the House of the National Assembly of The Gambia, Hon. Momodou Lamin K. Sanneh attended the 64th CPA General Assembly as an observer and said in a statement to delegates: “I bring warm greetings from the friendly people of The Gambia, the smiling coast of West Africa.

We are indeed very grateful to be invited to the 64th Commonwealth Parliamentary Conference after five years of absence.

It could be recalled that the former President of The Gambia unilaterally withdrew The Gambia from the Commonwealth in 2013.

The 2016 election ushered in a new coalition government under President Adama Barrow. Since coming to power, the new government has worked on the restoration of diplomatic ties with partners.

Following the change of government in 2016, the CPA UK Branch has been instrumental in our parliamentary reforms.

The CPA Gambia Branch is indeed happy to be welcomed back to the CPA.

We want to thank all CPA member Branches, especially the CPA Executive Committee and the CPA President, Hon. Speaker of Uganda for giving due consideration to our application for readmission to the Commonwealth Parliamentary Association.

We are back to where we belong, and we are ready to contribute to the strengthening of the core values of the CPA.”

The Chairperson of the CPA Executive Committee, Hon. Emilia Monjowa Lifaka, MP, Deputy Speaker of the National Assembly of Cameroon said: “The return of the CPA Gambia Branch will be welcomed by all of the CPA’s membership as it demonstrates the CPA’s commitment to good governance and parliamentary strengthening in all of its nine regions.

As the CPA Chairperson, I look forward to building new links with the Branch to advance the CPA’s parliamentary development goals.

The return of the Gambia Branch of the CPA strengthens our network and serves as a testament to the success of the CPA as a leader in the field of parliamentary development.”

The Gambia re-joined The Commonwealth in February 2018, almost five years after leaving the organisation and were invited to attend the Commonwealth Heads of Government Meeting (CHOGM) in April 2018 in London, UK.