WHO calls for urgent action to reduce patient harm in healthcare 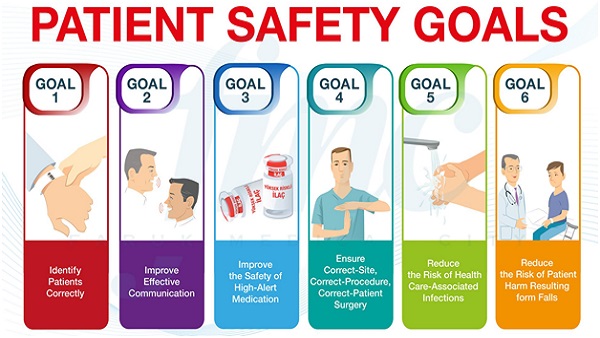 Millions of patients are harmed each year due to unsafe health care worldwide resulting in 2.6 million deaths annually in low-and middle-income countries alone.

Most of these deaths are avoidable.

The personal, social and economic impact of patient harm leads to losses of trillions of US dollars worldwide.

The World Health Organisation is focusing global attention on the issue of patient safety and launching a campaign in solidarity with patients on the very first World Patient Safety Day on 17 September.

“No one should be harmed while receiving healthcare.

And yet globally, at least five patients die every minute because of unsafe care,” said Dr Tedros Adhanom Ghebreyesus, WHO director-general.

“We need a patient safety culture that promotes partnership with patients, encourages reporting and learning from errors, and creates a blame-free environment where health workers are empowered and trained to reduce errors.”

Four out of every ten patients are harmed during primary and ambulatory health care. The most detrimental errors are related to diagnosis, prescription and the use of medicines.

Medication errors alone cost an estimated US$ 42 billion annually. Unsafe surgical care procedures cause complications in up to 25 percent of patients resulting in 1 million deaths during or immediately after surgery annually.

WHO is calling for urgent action by countries and partners around the world to reduce patient harm in healthcare.

The cost of prevention is much lower than the cost of treatment due to harm.

As an example, in the United States alone, focused safety improvements led to an estimated US$28 billion in savings in Medicare hospitals between 2010 and 2015.

Greater patient involvement is the key to safer care. Engaging patients can reduce the burden of harm by up to 15 percent, saving billions of dollars each year.

Cities around the world will light up monuments in orange color to show their commitment to safety of patients on 17 September.

These include the Jet d’Eau in Geneva, the Pyramids in Cairo, the Kuala Lumpur Tower, the Royal Opera House in Muscat, and the Zakim bridge in Boston among others.

September 17 was established as World Patient Safety Day by the 72nd World Health Assembly in May 2019.