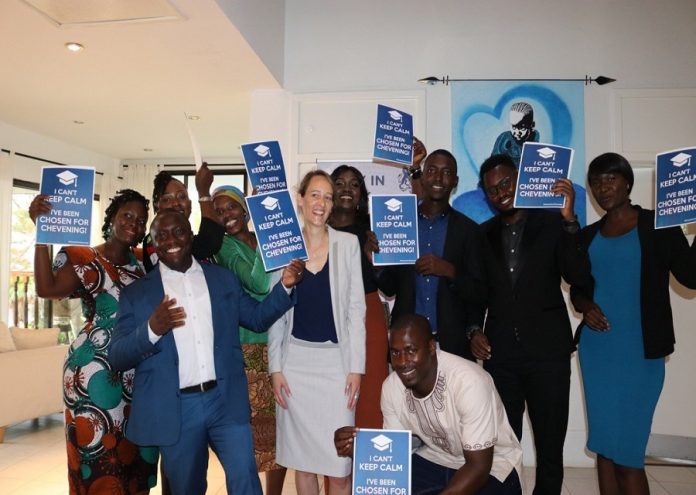 On Tuesday 27 August the British High Commission hosted a reception to celebrate and bid farewell to 11 recipients of this year’s Chevening awards.

The Chevening scholars will be studying at leading UK academic institutions, across a range of subjects that have the potential to advance The Gambia’s development agenda.

They will also use their time in the United Kingdom to explore the culture, develop a strong professional network and build a lasting connection with the country.

Each year the UK Government proudly supports Gambian future leaders through its Chevening Scholarship Programme, a scheme that offers future leaders, influencers, and decision-makers from all over the world the chance to develop professionally and academically.

The British High Commission actively encourages potential candidates to research and apply via the website www.chevening.org/apply.