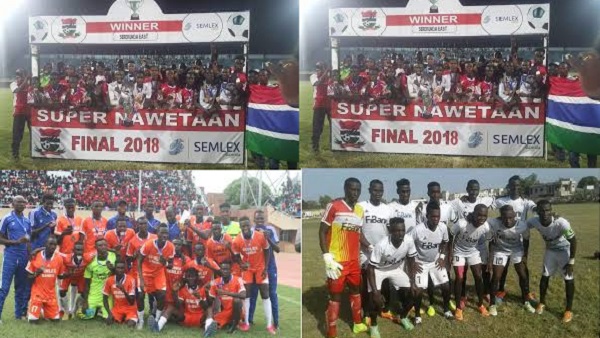 The meeting held at the main offices of Africell also witnessed the signing of a three-year partnership and contract agreement between Africell and the various Nawettan zones.

Under the deal, which could be extended the GSM giant will assist these teams and zones with cash amounts, resources and other equipment to make Nawettan programme in the entire GBA a great success.

The company announced this year, it will be giving out cash prizes for winners and runners up at all Nawettan zones of the Greater Banjul Area.

“We will also help the respective committees with financial aid and sponsor four categories, best player, most discipline team and so on,” from each of their zones” said Musa Sise senior corporate manager. He said the deal is the beginning of many amazing things to come from Africell.

“We will buy them trophies and give jerseys to finalists from all the Greater Banjul zones. Africell has always been there supporting football,” he added.

The zones of Bakau, Sukuta, Brufut, Brikama, Serekunda East and Manjai are some of the zones present.

Hussein Diab, the company’s operations director said Nawettan is an important sporting event in The Gambia and since Africell prides itself in bringing people together, there is no better way to do that than going through sports. Lang Tombong Tamba, the third vice president of the GFF, said Africell has always been a fervent supporter of Gambian football. He recalled how through its help, the GFF at a time of financial constraint was able to employ the services of Belgium coach Paul Put, for the Scorpions. “The Gambia wouldn’t have been able to hire a coach without Africell’s support at the time,” he said.

With a continental toast to defend and hope to lit up and Olympic medal, Covid- 19 and its devastating consequence on sports could not...
Read more
Sports

The ravaging Covid-19 pandemic has severely affected the world and football was not spared as the sport has been disrupted with lockdown restrictions employed...
Read more
- Advertisment -