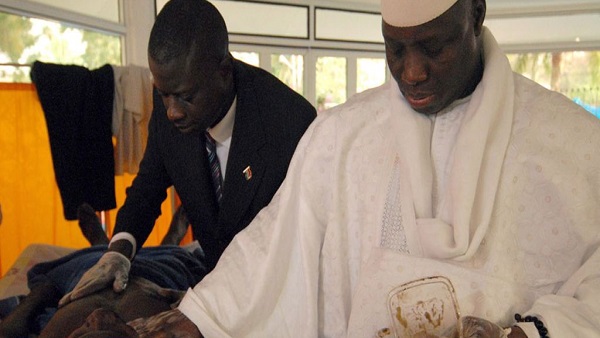 Dr. Mariatu Jallow, former chief executive officer of the then Royal Victoria Hospital, has yesterday told the TRRC that the doctors who participated in former Gambian president Jammeh’s HIV/Aids treatment knew it was a hoax and a lie.

A former Minister of Health herself, Dr Jallow admitted taking part in the Gambian dictator’s so-called HIV/Aids treatment even though she knew it was a lie.

She confirmed that “Yahya Jammeh’s so-called HIV/Aids treatment was a hoax and a lie and the doctors who participated in the treatment knew it was a lie.”

April 10/11 demo
The former head of RVH administration narrated that the April 10/11 incident found her in office and that she recalled receiving a call that patients have been rushed in with severe conditions.

She said she went down to see for herself and some with very serious injuries, open wounds and broken legs.

“A duty room was set up for people who would come in search of their loved ones. The dead people were taken when a doctor certified their death and moved to the mortuary.

There were 12 from the Kombos and two others from the country side.”
She described the scene as chaotic and very disorderly and very disastrous event.