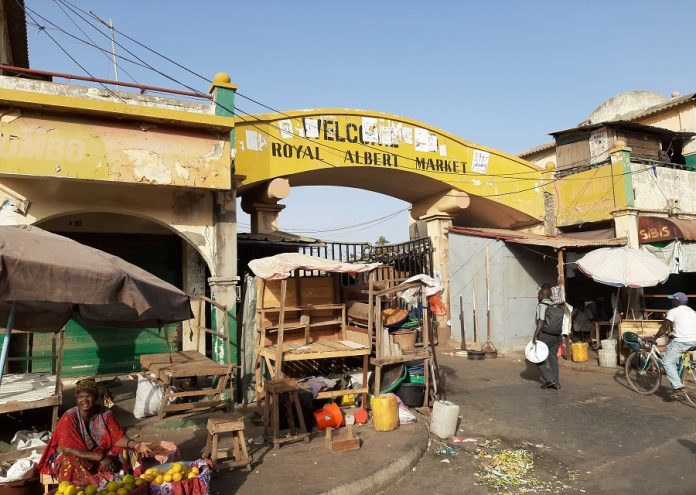 The order to close all non-food selling stores inside markets under Covid-19 emergency measures has caused a big uproar among business men and women who decried their businesses will die.

The second vice chairman of the Albert Market, Kawsu Minteh has told The Standard that a
a group of police officers stormed the Banjul Albert Market yesterday ordering them to close all shops that are not selling food. “This affected almost the entire market because the non-food sellers are the ones in the majority and they are all Gambians. How can all these people survive when their shops are closed for 45 days?” he asked.

Minteh noted that the public emergency seems to target only the markets where majority of poor Gambians go to everyday to look for their next meal.
“We believe the closure of the market could indirectly kill more people than the Covid-19 itself because if people don’t have food to eat they will starve,” he said.
He said shops and supermarkets allowed to operate under the emergence are mainly owned by foreigners.

“Yes we know the emergency measures are meant to protect us but they should equally treat all businesses. Imagine they said the markets are usually crowded but if you go to supermarkets in Kairaba, especially in the evening you find more people there than you will come across in the markets,” he added.

He urged the government to reconsider their decision or provide packages for business owners to be able to sustain themselves during the period of 45 days.
Minteh also called on the National Assembly to swiftly engage the government to reconsider the decision. “We request that they open the markets at least from 9am to 5pm daily to limit the damage. It is not that we don’t take the virus seriously but we have to survive.We have no other choice. The markets are our livelihood, and with the Ramadan coming, it’s not looking good with this type pf condition,” he argued.

Momodou Barry, a shop owner found sitting next to his closed shop, told The Standard that his life has been turned upside down with his shop closed.“As you can see, they closed since but I cannot go home, because this is the only place I know. I have no other place to source my living and I have a wife and children to take care of. I am even wondering whether I will not die of hunger before being killed by the Coronavirus,” he said. He urged the government to reconsider their decision or help provide relief packages to people like him who depend on the markets for survival during the emergency period.
The Banjul Albert Market, usually a crowded place, turned to a ghost place yesterday after the police ordered the closure of all non-food selling stalls and shops.