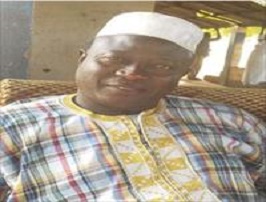 By Alhagie Bah, reporting from CRR

The Chief of Nianija, Dawda York has sentenced the Alkalo of Sinchu Ngedi Yaya Jallow for unlawful felling of trees.

Delivering his ruling at a fully packed district tribunal, Chief Dawda York said he will not condone anyone tampering with the forest no matter their status or position.

Alkalo Jallow was allegedly caught trying to sell trees he illegally cut from the forest without acquiring permit or any authority that granted him to do so.

He was convicted and sentenced to a fine of D20,000 in default to serve 9 months imprisonment.

Chief York said the Alkalo’s case should serve as a deterrent to any one thinking of violating the forest Act.