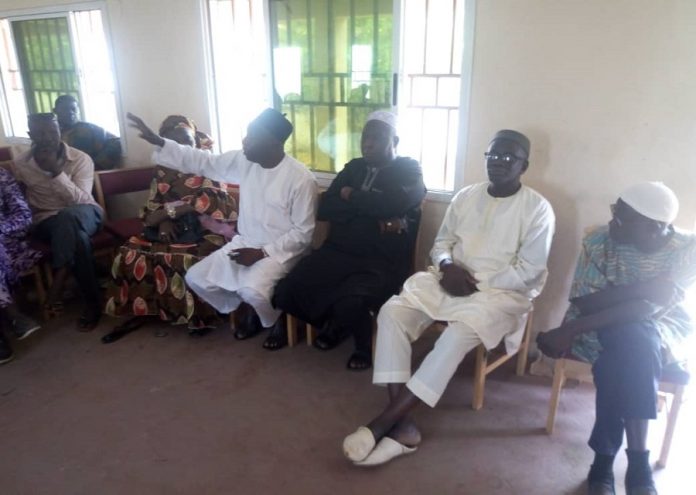 Over a dozen village heads [alkalolu] from Kombo South yesterday gathered in Gunjur to react to an audio purportedly from former district chief Ajay Janneh.

The former chief was said to have suggested that after the Brikama meeting, President Barrow should come to Kombo South where he [Ajay] is in touch and talking with the alkalolu.

Disturbed about this statement, the alkalolu issued a declaration that none of them is working with, reporting to or talking with former Chief Janneh about anything relating to their work since he is no longer the chief.

Jereh Demba, the Alkalo of Sifoe who is the head of the West Coast region Alkalo Association, said the Gunjur meeting was initiated by the alkalolu themselves to make it clear that when it comes to official matters, they report only to the current chief Lamin Darboe. He added that they have no allegiance, loyalty or working relations with the ex-chief on any matter.

”Though we are not seeing any malice in the ex-chief’s statement, we deem it necessary to clarify our position.

We are not talking or working with Ajay on any matter concerning politics or official work since he is not in any such official capacity.

As village heads we operate under the current chief Lamin Darboe as our immediate boss and the government led by President Barrow,” Alkalo Demba said.

Also speaking at the occasion, Karamo Bojang the Alkalo of Tujereng observed that the ex-chief’s statement should be considered as nothing more than an expression of his wishes as there is no evidence that he is working with any alkalo on any matter.

Yusupha Saho, the Alkalo of Kajabang advised the alkalolu to stay focus on their work and resist any division on political lines.

“Politics is very divisive these days, and it is the only thing that splits communities and even families. We should be very careful also with social media which can be both a useful and a destructive tool,” he said.

Other speakers included Alkalo David Mendy of Fallah village and Alhagie Demba Jabang of Kartong among others.