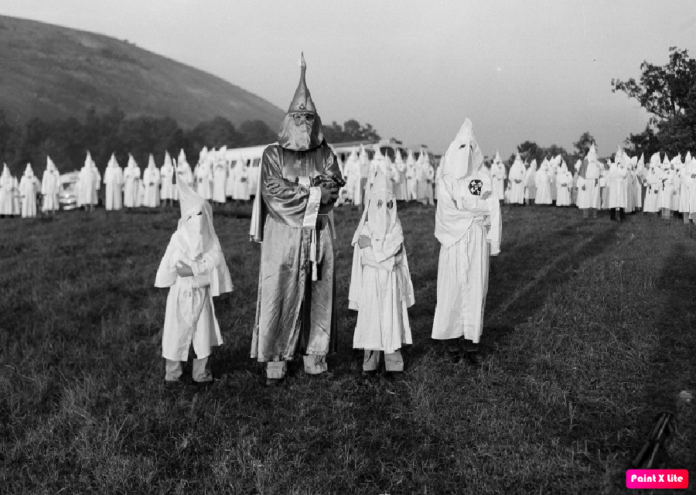 Freedom is not a gift to be bestowed upon folks. It is the absence of slavery. There is no second tier of freedom, no ever-perfecting or ever-expanding freedom. It is either one chains people or one does not. A bit of slavery is still the antithesis of freedom.

A slave owner’s republic cannot be said to be an imperfect conduit of freedom any more than can a man who kept women chained in his basement be said to be an imperfect liberator. Nor should his story be believed that eventual liberty was embedded in the structure of his basement, nor that he merely failed to live up to his stated ideals. Nor should his argument that the freedom to enslave or freedom for everyone with the small exception of the slave is still freedom be taken seriously. Enslavement is not a project of freedom.

Of course, the American colony has always been a colony of men who kept captives chained up in the basement. It was always to be expected that they would one day say – as serial kidnapper, rapist and enslaver, Ariel Castro, did at his trial – “I am not a monster”. But it must be contradicted. This is, in fact, who they are. It is who they intended and are constrained to be. That some jump up to deny this is not proof of the audacity of their hope but of their disregard for and dismissal of the lives crushed under their slave state. The audacity of their dedication to the big lie.

That the constitution protected slave property in 10 of its 11 clauses was not an irony of the “founding era”. Black people were not a glaring omission in the project of freedom. It was not that liberty missed its target. There is no inexplicable contradiction in the framers’ thought, who otherwise had their minds stayed on freedom. It was quite simple. Black people were kept unfree for the cause of American unity, which is always to say, white unity.

It was required to safely include the planter slave-owner classes in the Union, to quell their fears that they may lose their property in flesh in an era when slavery was being voraciously fought against in the colony and world by arson, machetes and pens.

The framers were not limited by being “men of their times”, regrettably unenlightened in a society that still had ways to go on race. On the contrary, they read widely the criticism of the “peculiar institution”. They knew well the critics of slavery. They shot at them.

In 1831, 55 years after the founding of the patriots’ republic, Nat Turner, an enslaved man from Virginia, and crew enacted a decidedly un-American interpretation of freedom, one closer to the Haitian model, which looked nothing like that of the white supremacist kind. In response, the white poor and wealthy joined hands and formed mobs to torture and purge freedom-seeking Black people and anyone who looked like them.

Formerly enslaved Harriet Jacobs recalled the “motley crowd of soldiers” ordered by the “country gentlemen” to seek out Black people wherever they could be found. She wrote in her memoirs the following:

“By sunrise, people were pouring in from every quarter within twenty miles of the town. I knew the houses were to be searched; and I expected it would be done by country bullies and the poor whites […] It was a grand opportunity for the low whites, who had no negroes of their own to scourge. They exulted in such a chance to exercise a little brief authority, and show their subserviency to the slaveholders […] Those who never witnessed such scenes can hardly believe what I know was inflicted at this time on innocent men, women, and children, against whom there was not the slightest ground for suspicion. Colored people and slaves who lived in remote parts of the town suffered in an especial manner. In some cases, the searchers scattered powder and shot among their clothes, and then sent other parties to find them, and bring them forward as proof that they were plotting insurrection. Everywhere men, women, and children were whipped till the blood stood in puddles at their feet.”

The planting of evidence upon the bodies and clothes of Black people, killing Black people for disrespect or resisting arrest is an American tradition older, more integral to and more representative of the country than the liberty-talk of its anti-Black founders. As is the armistice in the class war between the white rich and white poor that is established and signed with lashes across Black backs.

In the first half of the 1860s, half of the country attempted to overthrow the other half to keep it from destroying its culture of imprisoning, torturing, coercing labour from and killing Black people with impunity. It fought against the country forcibly being made to join, belatedly, most of the rest of the world which had outlawed slavery at least a generation earlier.

Again, the American experiment was not one in freedom. On the contrary, it was one of the last holdouts for the right to enslave. This is one of the reasons why, unlike most states, the American battle flag used in the war to maintain slavery is still universally recognisable today. The Confederate Battle Flag is still flown in memory of those Americans lost in the war to keep Black people molested.

At the end of the civil war, the North occupied the Confederate South, enforcing abolition and then the Civil Rights law of 1866 that made it possible for Black people to hold political office in the American South. It was a new world mourned and mocked in the 1915 film The Birth of a Nation, inspired by Thomas Dixon Jr’s novel and homage to the Ku Klux Klan, The Clansman.

The film portrays white politicians outnumbered by their Black colleagues in the South Carolina state legislature of 1871. In a scene with a title card reading “The riot in the Master’s Hall”, Black representatives drink whisky at their desks, give speeches while eating fried chicken and remove their boots and place their bare feet atop the hallowed wood of the tables. They pass laws requiring “that all whites must salute Negro officers on the streets” and legalise miscegenation. The film celebrates the hunting and lynching of Black people and is considered the first classic of American cinema.

In 1876, Democrats – then the party of white conservatives – suppressed the votes of Black freedmen during the presidential election. In the midst of allegations of fraud that threatened to re-ignite the civil war, an agreement was made called the Compromise of 1877, which allowed the more liberal Rutherford Hayes to become president with the proviso that the troops enforcing abolition and civil rights for Black people were removed from the South.

With the departure of federal troops, former Confederate generals and slave-owners and other violent white conservatives who were engaged in the 19th-century form of anti-Black terrorism under the hoods of the newly born Ku Klux Klan and other white terror organisations regained the monopoly over violence in the South. This established the terrorist state of the South that made possible everything from regularly burning Black people alive in front of concert-sized fields of white folks to the red “Trump country” of the present day.

Biden’s unity is a compromise with and among anti-Black white supremacists. American unity always is. It is amnesty for torturers as long as their victims are not white and as long as any resulting suffering is borne chiefly by Black people. It is never imagined as unity with the groups and efforts committed to the radical defence of Black survival but a unity with and among their enemies.

Trump, like every white supremacist politician before him, called for a return to the time when America was great. Biden calls for a return to an imagined time of unity, when the temperature in America was cooler. Neither politician has been specific about the time they are speaking about. To do so would be to expose the big lie that is America. It is not the land of the free. It is a colony.

Yannick Giovanni Marshall is an academic and scholar of African Studies