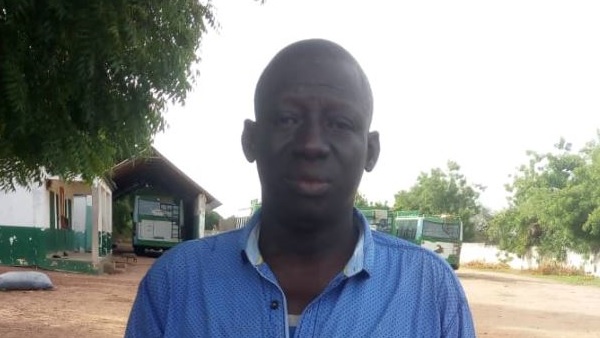 Wo2 Ousman Saidy, a solider attached to Second Infantry Battalion in Farafenni has appealed to President Adama Barrow, the government and NGOs to assist him replace his severed hand with a prosthetic arm.

He was amputated after sustaining a serious injury as he was splitting firewood at the barracks.

Speaking to The Standard over the weekend in Farafenni, Saidy explained: “This incident happened to me in 2015, when I was the chief cook of the 2nd Infantry Battalio in Farafenni.

That year there was a Battalion change and the men who were with me at the time were all transferred to various companies in Kudang, Basse and other places and I was left with only female soldiers meaning that I had to take care of jobs done by men like splitting firewood.

“So after splitting firewood one day I noticed my palm was getting dark. I visited a clinic where I was given paracetamol and assurances that it would be ok.”

However according to the soldier, his hand started to swell and then his ordeal began which took him to even marabouts for treatment.

Officer Saidy further disclosed that when he came back from treatment, he went to the barracks and showed his hand to the then Commanding Officer Lt Colonel Salifu Bojang who immediately arranged a vehicle for him to be taken to the Farafenni hospital where his hand was operated on before being transferred to the EFSTH.

He added that one Doctor Conteh of the Army told him that his hand will have to be amputated.

“Then one Doctor Correa came and looked at my hand and confirmed that my hand will be amputated which was done the following day,” he said.

WO2 Saidy said he is currently on sick leave and he badly needs assistance to get a prosthetic hand to replace the lost one.

“I am appealing to the government, NGOs and the general public and whoever can help me to get one,” Saidy concluded in great distress.

Note: NGOs, individuals and groups wishing to help W02 Saidy can contact him on 7057488.