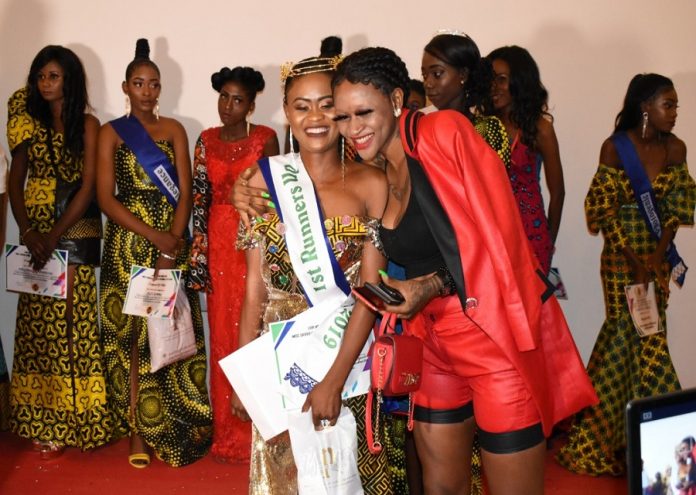 Ahh my Salone fambul know how to party.
Yes the much anticipated crowning of Miss Sierra Leone 2019 was all happening at the Coco Ocean Resort and Spa.

Gambians and other nationals gathered at the Resort to witness the 12th edition of Miss Sierra Leone. The event was LIT! One could not help but soak in the sights and sounds and the cultural beauty of Sierra Leone.

This time around only 12 participants took part representing the 16 districts of Sierra Leone from Kenema to Bo to Port Loko and the Capital Free Town and boy were they REPPED.
I was so wowed but managed to get a few words from the President of the Sierra Leonean Association Richard Sheriff. “This year marks 12 years since the inception of such communal gatherings even though Gambia is now our second home but we still do it for the culture.

This year’s theme not only focused on the promotion of the Sierra Leone culture but to continue to raise funds for the Sierra Leonean community in the Gambia especially school children and families facing daily financial challenges.” A worthy cause indeed.
He further stated that funds from the show organized annually have helped build a refugee camp in Basse (2017). In fact last year a D100,000 was raised and donated.
The winner of the night was Ms. ISATOU KABBA from Bonthe (the second most populous district in the South). She got the coveted prize of D50,000 and an air ticket to Sierra Leon and a goody bag.

The first runner-up was Ms Heley John (Kano) got an air ticket and a goody bag while second runner-up Ms Elizabeth Robert (Freetown) got a goody bag.
It was a lovely evening all round and all eyes are on 2020. By god’s grace.