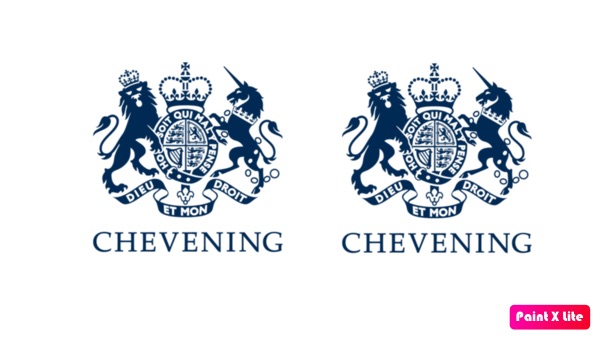 Applications for Chevening Scholarships to study in the UK are open between 3 September and 3 November 2020, with applications to be submitted via www.chevening.org/apply Chevening Scholarships are awarded to individuals who can demonstrate that they have the commitment and skills required to create positive change, and can show how a UK master’s degree will help them do that. The scholarship offers full financial support for future leaders to study for any eligible master’s degree at any UK university whilst also gaining access to a wide range of exclusive academic, professional, and cultural experiences.

Since the programme was created in 1983, over 50,000 professionals have had the opportunity to develop in the UK through Chevening. There are more than 1,500 scholarships on offer globally for the 2021/2022 academic year, demonstrating the UK’s ongoing commitment towards developing the leaders of tomorrow.

‘This year more than ever, we have seen how global challenges demand innovation, strong leadership and international collaboration. Chevening seeks to build an international community of people who are committed to those values, and to driving positive change. We do this by bringing together incredible people from around the world and supporting them, through education, to achieve their goals.

‘In the UK we are proud of our world class universities and we know that our learning environments are enriched by the wide diversity of cultures, experiences and viewpoints represented on our campuses. Chevening scholars make a significant contribution to these communities, as well as becoming an important part of our network of over 50,000 alumni.

‘Chevening represents the very best of the UK, welcoming people from across the world to study, grow, and thrive. Being a part of the Chevening network instils a strong sense of pride and responsibility. I am consistently inspired by the passion and commitment of those in the Chevening community and I look forward to hearing from this year’s applicants.’

‘The Chevening experience is so much more than a master’s degree. As well as an academically challenging and fulfilling university experience, we’ll immerse you in UK culture along with your fellow Chevening Scholars.

‘We organise an exclusive programme of events and activities, so you can experience Britain’s heritage and history, discuss international policy, and interact with thought leaders at a range of academic, cultural, and social events. Previously, scholars have visited the UK prime minister’s residence at 10 Downing Street, hiked up Mount Snowdon in Wales, exhibited art in London galleries, interned at the BBC and sat in the home dressing room at Anfield.

‘You will learn by interacting with people from all over the world, travelling around the UK and getting involved in the communities you live in. You will be expected to take control of your own learning, show independent thinking and chase new experiences. Those who get the most out of Chevening are the ones who put the most into it.

‘Your scholarship will last a year, but you will be a part of the Chevening community for life. Our hope is that you will leave the UK inspired, motivated, and better equipped to bring your own ideas to life.’

British High Commissioner(Designate), David Belgrove BE, to The Gambia said:

‘If you are someone who is passionate about driving change, whether on a local or global scale, if you want to be the best at what you do and if you have the imagination to inspire others, then a Chevening scholarship could be the perfect opportunity for you.

‘There is no such thing as a ‘typical’ scholar. Your age, race, gender, religion and cultural background do not matter to us. We want to see that you have energy, curiosity, a clear vision for your future and the ability to achieve your goals. If this sounds like you, then you are very likely to fit in with our community of over 50,000 alumni worldwide.

‘Our alumni network is full of dynamic influencers who have shared the same experience that you will. They can offer encouragement, mentorship, advice, and contacts. When you return home after your studies you should feel well-equipped to start making a real difference professionally or socially.

‘There is a lot to gain from submitting a thoughtful application, so if you have what it takes to be a Chevening Scholar, I would encourage you to apply before the 3 November deadline.’

The call for new applicants follows the selection of 8 scholars from The Gambia, who won an award to study at a UK university this year. Successful applicants have been sharing their stories through the #ChosenForChevening hashtag on Twitter.

Chevening began in 1983 and has developed into a prestigious international awards scheme. Chevening Scholars come from over 160 countries and territories worldwide, and over the past five years we have awarded almost 9,000 scholarships. There are over 50,000 Chevening Alumni around the world who comprise an influential and highly regarded global network.