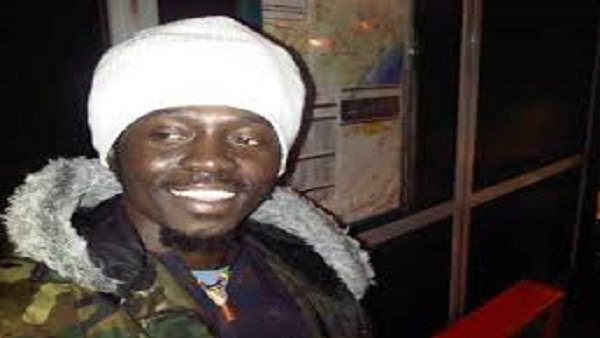 The spokesperson of the APRC has explained that two out of the five people expelled from the party were booted out because of their allegiance to the 3 Years Jotna agenda.
Dodou Jah said the APRC leadership expelled Lamin Ceesay and Kitim Jarju for their “staunch support” of the 3 Years Jotna movement.

The activist group has vowed its determination to force President Barrow to step down from power from January 19th which stance has not been sanctioned by the APRC leadership.
“Everybody can associate with the APRC but you cannot take up certain responsibilities on behalf of the party without the consent of the party’s leadership. “

In the case of the 3 Years Jotna, Jah said Kitim Jarju came all the way from Germany to attend the group’s protest and informed them that he was representing the APRC which was not true.

He said Lamin Ceesay also released an audio to say he was behind the movement.
Jah said the other three were expelled because they made allegations against the party’s leadership which they could not prove.

“We don’t want our supporters to lock horns. We are a peaceful party and being in opposition doesn’t mean we have to be an enemy to government or create chaos in this country. These are some of the reasons why we expelled them,” he added.

Jah said none of the expelled people held positions in the party before.
Meanwhile, the party leader Fabakary Tombong Jatta said the expulsions were “necessitated to redress their actions and behaviours which posed threat of jeopardising the harmony and unity of the party. By this action, all of them may not use the name of the party or act in any way representing APRC.

“Therefore, all supporters of the APRC are urged to take note and remove them from all APRC WhatsApp forums with immediate effect,” he added.
Last week, The Standard reported the firebrand APRC diasporan supporter Sulayman Shyngle Nyassi launched a scathing attack on the top brass of the party and asked them to resign.

Those expelled are Kitim Jarju, Sulayman Shyngle Nyassi, Nabou Saho, Lamin Ceesay and Amie Jammeh.
The party said the expulsions were done in consultation with the National Executive Committee, and founder of the party Yahya Jammeh.