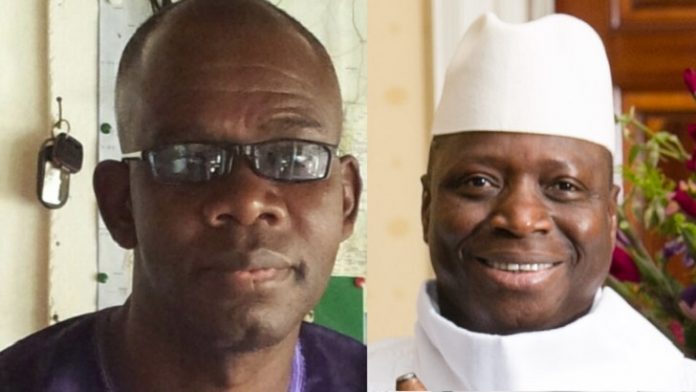 The 1st deputy leader of the Alliance for Patriotic Reorientation and Construction, Ousman Rambo Jatta has announced the former ruling party’s plans to demonstrate on 17 January to demand the immediate return of former President Yahya Jammeh.

“The national executive of the APRC has seen to it that it is time for Jammeh to come back. We want to inform all APRC supporters that on the 17th of January we will hold a peaceful protest to ensure that the agreement they have with Jammeh before he left the country is adhered to. Whosoever believes in the APRC government and has the conviction that APRC is the only party that brought the needed development in this country, please come out and join us in the demonstration,” he said in an audio obtained by The Standard.
He said those saying Jammeh is not coming back should get prepared because “as far I am concerned, Babili Mansa is on the way coming.”

“We are all seeing the mess in which our country is right now, even Islam is gradually dying because now people are advocating for same-sex marriage and the demolition of Mosques. So, my fellow Gambians this is a clear signal that it is time for Jammeh to come back to save this country from sinking,” he said.

According to the supposed agreement, Jammeh could return to The Gambia when he pleases and his property “lawfully” belonging to him would not be seized.
The agreement essentially says there can be no prosecution against Jammeh, his family or his entourage and there will be no seizure of his assets, no witch-hunts, and he can be back to the country at any time.