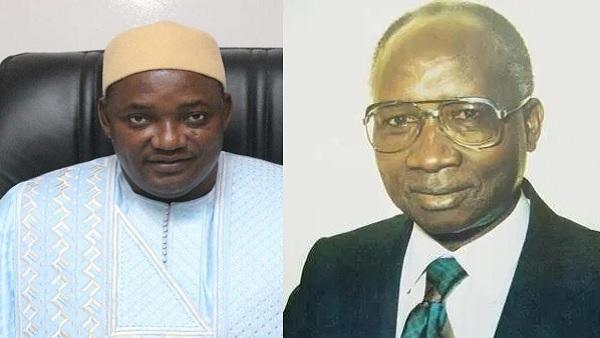 President Adama Barrow wishes to sincerely thank the family of the late President, Sir Dawda Kairaba Jawara, the Gambian people and our friends around the world for their demonstrated kindness, prayers, humility and magnanimity during a very sombre and difficult week of mourning and burying The Gambia’s first President and author of our independence.

The pouring of tributes and inspirational eulogies ever since Sir Dawda’s passing is testimony to our former Head of state’s sterling qualities as a champion of human rights, a zealous advocate of democracy and the rule of law, but above all, a mark of Sir Dawda’s own modesty, discipline, tolerance and fair mindedness.

If ever a leader had inspired his people and the entire humanity, that was Sir Dawda Kairaba Jawara.

Sir Dawda’s rich legacy will continue to inspire and influence the policies and programmes of my government and our nation as we forge ahead for a better Gambia that will remain a beacon of hope for all.

My Government and I remain eternally grateful to the family of Sir Dawda Kairaba Jawara and the humble villagers of Barajally for agreeing to have our late President’s body be reposed at the National Assembly grounds which is a fitting place for a leader who respected the law to its letter.

Symbolically therefore, Sir Dawda’s final resting place is now a hallowed spot that will obviously be frequented by people from all strata of society and beyond because of his fascinating story; a boy from humble beginnings who liberated his people, consolidated democracy and resisted the temptations to riches and tyranny.

Significantly, The Gambia Government recognises the kind sentiments expressed and the demonstrated solidarity and goodwill by members of the Diplomatic and Consular Corps about our late President and for taking their precious time to attend the funeral orations and burial at the National Assembly.

Similarly, President Barrow also wishes to convey his profound appreciations and heartfelt condolences to our religious leaders all of whom took a week praying and remembering the impressive work of Sir Dawda Kairaba Jawara.

Accordingly, President Barrow urges Gambians wherever they are, to take solace in Sir Dawda’s rich and rewarding legacy of peace, tolerance, modesty and honesty and to always treat each other with respect and kindness which were the personification of our late President.

Finally, Mr. Barrow appeals to the entire nation to remain law-abiding for despite our limited size and natural resources, The Gambia remains a symbol of hope for most Africans because of the values of peace, hospitality and calm we are famous for.