DEMONSTRATIONS IN DECEMBER WILL WRECK THE ECONOMY – GCCI 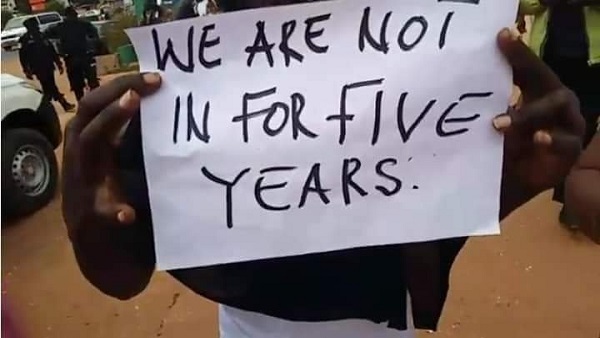 Baboucarr Saho, manager for business development and projects at the Gambia Chamber of Commerce and Industry, has said that the economy of the country is at risk if demonstrations happen in December.

Members of the 3yrs Jotna group have declared they will take to the streets if President Barrow fails to respect the 3-year term agreed by Coalition 2016 which he led to victory nearly three years ago.

Speaking to The Standard yesterday, Saho said the position of GCCI is that the 1997 constitution which provides for a five-year term should be respected as opposed to a gentleman’s agreement.

“December is an important economic season, so I think inasmuch as we want to pursue a political agenda, we should put it into consideration the livelihoods of Gambians,” he warned.

Saho further argued that many Gambians depend on the income from the tourist season, and it would be very unfortunate for Gambia to lose the economic gains because of a gentleman agreement.

He added: “When Gambians went to the polls they didn’t vote for three years, they voted for five years.

So we will want to call on all Gambians to just allow the government to continue as the constitution dictates.

But also the government should allow Gambians to express their dissatisfactions freely and avoid things like spraying them with hot water”.

He further warned that there are always people who are not genuine demonstrators but rioters, adding that government should be tactical in their security arrangements in handling and managing demonstrations.

“If Gambians want to take to the streets, give them the permit and everybody goes home safe, but the moment they are denied permit they will want to express themselves forcefully which will lead to conflict with the security and it might lead to loss of lives and properties,” he advised.

He gave as examples the past demonstrations which led to destruction of properties with businesses having to close down leading to huge losses to the economy.

“This 3 Years Jotna thing is increasingly looking like it is going to be on a larger scale hence the need to avoid violence and economic destruction,” he said.

However Saho said it would be too extreme a decision for businesses to shut down and leave the country in December.

“Actually engagements have started and generally many Gambians are of the opinion that the 3 Years Jotna thing should be put on hold and business people should understand that there is no need to close shops and flee the country as The Gambia is safe and stable,” he said.