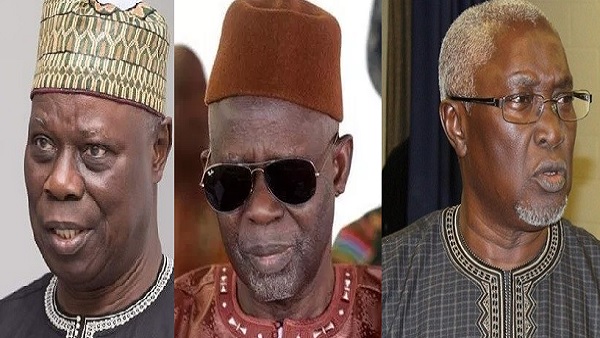 Bakary Bunja Dabo, a former vice president and the perceived leader of The Gambia For All Party, a breakaway faction of the PPP, has said that the principles of the new party will not give him the power to mortgage it to the UDP or any other political party.

Bakary Dabo’s clarification came amid wide speculation that he is close to the UDP and may eventually work with them.

Others even suggested that his supposed closeness to the UDP is the bone of contention between him and former ally Omar Jallow who backed Papa Njie in the PPP internal power struggle.

But speaking to The Standard yesterday, BB Dabo maintained that he has no personal problems with anybody in or outside PPP and in any case, the new political party is an organisation which doesn’t give the leader the power or prerogative to mortgage it to any group.

“It doesn’t work that way and even if I become leader which I am not yet, I would not have the power or prerogative to mortgage it,” he said.

He continued: “When we agreed for us to form a party we deliberately went through a massive consultation process with the members of the party throughout the country and invited delegates to decide, and it took them two hours to decide and in the end majority of them welcome the idea.

We further opened up for them to vote and all of them voted in favour of forming a party.

So those who are alleging that I am going to mortgage the party to UDP are missing the point.”

Mr Dabo however admitted that leaving the PPP to form a new political party with his colleagues was a difficult decision to make.

Asked whether they have consulted former President Jawara on their decision, he replied: “No. We didn’t have his consent but we didn’t need it. For us that is not the issue at all.

What matters are the people and the party’s principle. I don’t think we want to seek his consent. We would not want to disturb him,” Mr Dabo said.

“The real essence of a political party is the coming together of a body of people who believe in the same way of looking at things and committed to work together to promote those principles and programs they believe in.

Therefore I believe we have not actually left the party. What happened is that we moved with the party in terms of the people, principles and practice and processes,” he added.

BB said he is quite happy because he is sure he has moved with the substance of the PPP and its broader followers.

“I know there will be challenges even with revamping the PPP but we believe that with the sensibleness of Gambians to be able to make decisions without the influence of money or tribal sentiment, the future is bright,” he stressed.

Asked how soon the party will be registered, BB replied: “We are working hard on it but as you know 30 years ago you can just get up and form a political party.

That was real democracy but after going through 22 years of dictatorship that space is now closed.

Today if you want to form a party you will have to pay D1Million, collect signatures, open offices and all these are against democratic values but these are the laws we have to abide by.”

Advice to Gambians
BB said the Gambia is still going through a critical phase after very difficult 22-year period of not only brutal dictatorship but very outdated and obscurantist thinking that has decimated all the country’s institutions.

“Although we have with some extreme luck managed to dislodge that dictatorship but the task of rebuilding through reforming those institutions is really a big challenge facing all of us and I think the focus of attention should be on that and not who should be the next president or not,” he added.

He continued: “We are talking about our lives and the lives of our children and generations to follow here.

We should ensure that we build a state of model institutions. That is the challenge.”