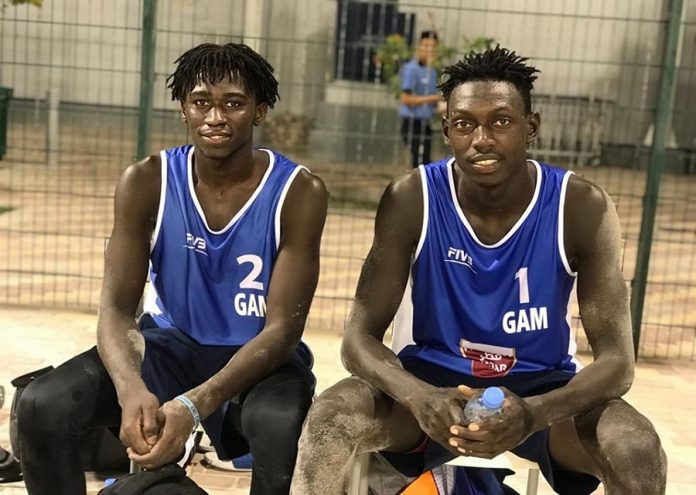 Sainey Jawo and Mbye Babou Jarra, the African Games beach Volleyball champions will make a historic appearance in the FIVB Beach Volleyball World Tour, when they play in the 4-Star Katara Open from March 9-13 at the Katara Cultural Village in Doha.

“We’re looking at this as it is a single elimination tournament on the other side of the world. The competition elevates your confidence,” Jawo said.
It will be the Gambian dou’s first 4 star event, the biggest event so far in their career and the second biggest world tour event globally.

The duo already played in the FIVB One star in Qatar and Iran. The trip to Doha presents another last-ditch effort to make global history for them.
Depending on how they finish, the duo could use the winnings from Doha to earn valuable points ahead of the Olympic qualifiers.

Their determined coach Mounir Ghellaimi said his charges are already world beaters and he believes the biggest thing for them will be to qualify Gambia to the 2020 Olympic Games.