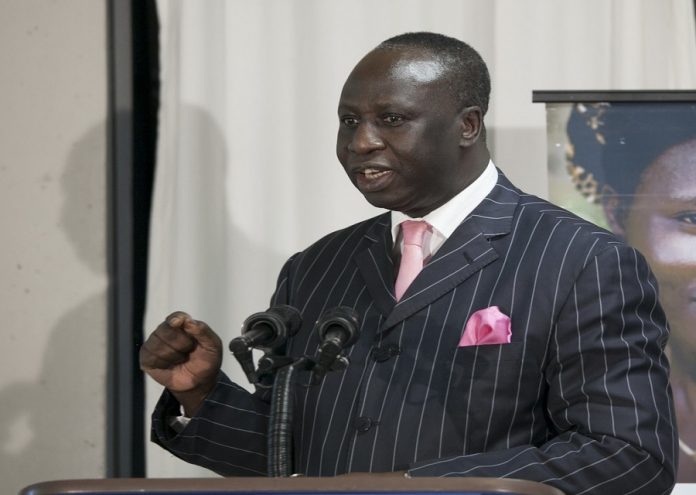 The general secretary of the former ruling party Bala Garba Jahumpa has said the APRC “is still the biggest party in the country”and without its support no candidate will be able to win a presidential election in The Gambia.

Speaking to The Standard during events marking the inauguration of the 121km north bank trunk road on Saturday, the former works minister argued: “You people have seen for yourselves when we [APRC] have meetings, the crowds that people expect is always doubled and sometimes tripled and that makes some people scared that this party is really growing. Let me tell you, nobody can win a [presidential] election in this country without the APRC.”

Jahumpa, regarded by many as a leading “vanguard” of the “July 22nd revolution” served in several ministries and diplomatic positions in the Jammeh regime, said his presence at the inauguration should not be misconstrued as joining President Barrow’s new National People’s Party but because as minister of works and construction, he negotiated the contract for the construction of the road. “I am still 100 percent APRC and my hat remains green,” he underscored.

Asked about his assessment of the Barrow administration, Jahumpa said: “The Gambian people are keenly watching as to what they will come up with in terms of development that will address the needs and aspirations of Gambians. Some people are saying three years, some saying five years, but I think it depends on the president. What we need now is to start work on projects and programmes that will make a difference in the lives of Gambians and help youths with employment, not only youth workshops but youths owning the means of production.”

He said the Barrow government should work on improving agriculture as a productive base of Gambian economy and curb excessive loan taking by looking internally to generate revenue.
Jahumpa, a s

cion of a well-known Banjul political dynasty, said the AFPRC “brought massive infrastructural development in the country including the newly-inaugurated Laminkoto-Passamas road, 40km of which was done during Jammeh’s regime”.

“But what is important to note,” he reminded,“is that the Laminkoto-Passamas road does not belong to former president Jammeh, neither Action Man nor President Adama Barrow.It belongs to Gambians and is built from loans which were taken in their name and which will be paid by Gambian taxpayers.”