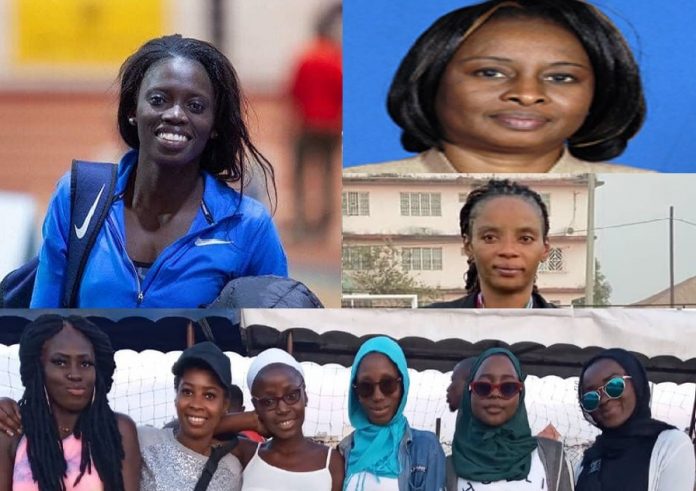 It may not be very much noticed but as the world mark International Women’s Day this week, The Gambia will stand very tall among countries with the highest women achievers in the world.

Apart from the Fatou Bensoudas of the ICC or Mayor Rohey Malick Lowes of the BCC, there are equally Gambian women heavy weights in other domains, notably sports.
The Gambia is the birth place of the first ever woman member of the International Olympics Committee IOC, Beatrice Allen who is still serving.

The OIC is the pinnacle of world sports bodies, bigger even than Fifa and with influence over all international sports. An IOC membership is a rare lifetime achievement envied even by presidents, kings and queens.

Further along the line, is another emerging women sports icon, Gina Bass. The current African champion at 200meters, Bass, only in her 20s, has made tremendous strives to become a world beater and with the Olympics at the corner, the shine light is on her for an even bigger name for The Gambia.

Elsewhere, Isatou Touray has just completed a brilliant performance at the just concluded Wafu women’s tournament in Sierra Leone. As a Fifa referee she was among top class women referees assigned to officiate the tour Bo and Makine.

And talking about Volleyball, who can forget the bevy of girls who are making waves in the footprints of their male counterparts who conquered the continent at the African Games last year? To all of these great Gambian women in sports, we say happy Women’s Day.