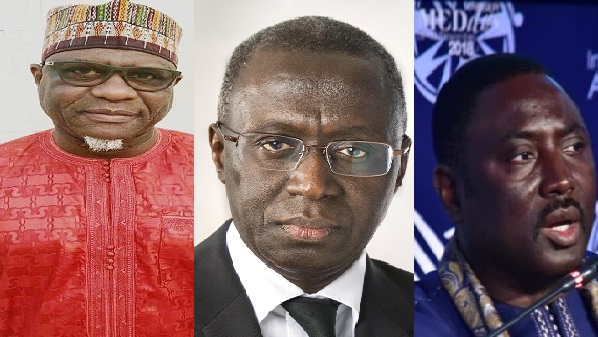 This paper is to discuss among other things The Gambia’s unachievable and fraudulent Security Sector Reform (SSR) dragging for almost three years now with nothing significant to show for the protracted venture. I don’t believe in its feasibility due to the fictitious conjecture on which the whole conviction was conceived.

But bear with me to first reflect on the distressful activities of the Senegalese Transport Union that recently broke all national and international protocols, to provocatively shut down our borders again, triggering succession of cautionary remarks from disappointed Gambians with almost everyone directly blaming President Macky Sall and his government of verging on betraying the trust of President Adama Barrow who has been very loyal to him since Senegal’s leading role in removing the APRC government out of power in 2016.

I was in fact forwarded an interesting video trending on social media where the eloquent Mr Nyang Njie, bemoaned in lucid Wolof and sounding very persuasive, cautioned President Sall to dutifully intervene and resolve the problem as soon as possible. On a broader perspective, a good number of equally concerned Gambians seem far more rancorous over the persistent badgering, demanding nothing short of The Gambia Transport Union carrying out its threat of reciprocating the deplorable behaviour by closing our borders to Senegalese commercial traffic as well.

How long ago was it for us not to be able to recall the numerous times former president Jammeh had resorted to such extreme retaliatory measures against this shenanigan without any tangible outcome? Or are we that blinded by the resentment concealed against him to consciously block our memories of those past incidents? The Senegalese then, having no control over our government had repeatedly flouted every remedy proffered let alone when they are presently in full control of our government. Just fancy the composition and the head of the team dispatched to Senegal to negotiate for a settlement and tell me what kind of favourable bargain to expect from such disingenuous brokers.

Sadly, the mission was prematurely aborted due to the sudden death of Mr Yahya Jallow, the deputy to the Senegalese team leader Mr Fodé Seck, a tragedy I believe was conveniently exploited to temporarily sweep the quandary under the carpet. It simply mirrors the quintessential maxim of putting an ordinary bandage on a septic wound hoping it to heal without proper medication.
Can we find some professional journalists to investigate what has been going on since Mr Jallow was laid to rest?

No matter how well intended the Nyang Njies are with all the empirical evidences illustrated to Macky Sall, emphasising how deeply interrelated Gambians are with Senegalese by virtue of culture, heritage and all whatnot, down to our most common genome, the crux of the matter remains unalterable that Senegal will never compromise their stance on this border siege. I don’t know what part of the genesis of this blockade effectuated against The Gambia since September 1989 can’t we still comprehend. Sir Dawda Jawara’s government from 1989 to 1994 and Jammeh’s from 1994 to 2016 had on countless occasions litigated its illegality at subregional (Ecowas), continental(AU) and global (UN) arbitration boards but always failed to gain their compliance.

Of course, they had during the PPP era routinely justified it by accusing President Jawara of betraying their confederation agreement in 1989, and during the APRC era they blamed it on President Jammeh’s funding and harbouring of MFDC insurgents from the Casamance.
Then to their delight came the 2016 election impasse that provided them the golden opportunity to finally take ownership of the government of The Gambia headed by President Barrow making sure he was inaugurated and well indoctrinated in Dakar, a reality our amateurish politicians don’t ever want to concede.

I will continue reiterating Senegal’s ownership of the current Gambia Government since witnessing in New York how that was treacherously acquired from capitalising on the naivety of certain unscrupulous Gambians, precisely our own diplomats who are now rewarded with strategic appointments in key government positions, at home and abroad, to maintain the deception for as long as endurable by our people.

For consistency, I wish to reflect on an interesting debate held in 2019 at the UTG involving again Mr Nyang Njie and Mr Madi Joberteh on an interesting political topic.
A captivating question from the audience, sarcastically answered by Mr Njie asked why the stakeholders had to settle for the calibre of President Adama Barrow out of the bottomless reservoir of intellectuals and politically astute candidates available in 2016 when nominating the coalition party’s flag bearer. A rather condescending reference of the president.

“We would have even settled for Mickey Mouse just to get rid of Yahya Jammeh”, was Mr Njie’s response sparking off choral applause and laughter from the floor.
Anyway the humour aside, I think President Barrow did, at one time, put to rest such humiliating remarks when he denounced all his post-election critics questioning his intellectual competence as people of no substance than being a bunch of cowards, scared to death of confronting Jammeh “the lion” during the heat of the struggle until he had to show them his guts by grabbing his shield and sword and killing the feared cat in the political arena.

So at some point, he would be left with no other choice but to let his fellow stakeholders understand his primary ambition of fulfilling the confidential agreement he had signed in Senegal as being more important for his survival than all protocols they had initially endorsed together, because it was after all President Sall’s and not any of them who put him in the presidential seat. Claiming anything otherwise by anyone would be interpreted as undermining his Allah-given “mansa-ya”.

Unquestionably, if Senegal didn’t spearhead the aggressive deception wielded to mobilise the international community into approving the Ecomig military force that invaded and occupied The Gambia in 2017, the coalition party members alone wouldn’t have stood a chance of forcing the APRC out of power. No matter how we like to defend it, the two different election results announced by the IEC on December 2nd and 5th, 2016, provided all the good reasons for President Jammeh to challenge and dispute the credibility of the conduct of the elections.

But the real “atteh nyaaka” happened when Senegal’s ambassador to the UN, Mr Fodé Seck arrived at the Gambian Embassy office on the 7thFloor of Building 336 East on 45thStreet in New York City on December 9th, 2016 to seek and got the cooperation of the Gambian ambassadors abroad, mandating Senegal to remove the APRC government from power by force. Unfortunately, the puppets excluded in the transaction any terms and conditions for the juicy offer and never cared for the ramifications as long as they were guaranteed good jobs.

That was the very day the coalition party stakeholders lost all control of their leadership and dream government, subsequently cracking the alliances into simple job-seekers and apathetic mavericks, unwilling to admit the obvious that Senegal had actually outmanoeuvred them in the tactic of political deception.

That said, I think a sincere and unselfish agreement by our pawns with Mr Fodé Seck should have incorporated the aspiration of ultimately lifting the border embargo that had for over thirty years suffocated the Gambian economy both under Jawara and Jammeh and now under vulnerable Alhaji Adama Barrow.
But those self-centered diplomats merely protected their personal welfare over our national interest.

Come what may, I still firmly stand by my contention that surrendering our presidential guard duties to Senegalese forces is by intention and practice unacceptable and unsustainable. It is equally nauseating to have Senegalese warmongers disguised as “Ecomig”, indefinitely occupying our land with their full knowledge that our young army was founded and maintained purely on peacekeeping and peace building operations and not at all for fighting reckless wars.

In his inaugural speech delivered in my presence, the current UN Secretary General, António Guteress on January 1st, 2017, condemned all wars fought now as being unwinnable and too reckless to wage. He never endorsed the Macky Sall plan to fight a war in The Gambia although the European Union with ultra motives was poised to support and fund it to the last dead Gambian.

That brings me to the main theme of this discussion.
Regrettably, in December 2016, the falsehood choreographed by our disgraceful ambassadors with charlatan Mr Fodé Seck and marketed all over the world proclaimed that The Gambia Armed Forces was a militia hub for recruiting, training and harbouring MFDC rebels from the Casamance, strengthened by a sizable remnant of Charles Taylor’s hardcore Liberian guerrilla fighters.

All those “undesirables” were to be killed or captured according to the operation orders prepared at the Senegalese military headquarters in Dakar. As for the survivors, if any, a comprehensive shakedown of the armed forces was to follow starting from the confiscation of the undeserved ranks worn by almost every senior officer, promoted by Jammeh on standards incompatible with global military practice. The real MFDC rebels on the payroll, all Jolas, were to be dismissed and deported. Yes, this was the fabricated tale on which The Gambia was to be invaded, occupied and earmarked for the ongoing bogus security sector reform.

Hence, whereas some dissidents were exhilarated over the prospects of removing Jammeh and replacing him with “even Mickey Mouse”, our ambassadors, ocean away, were greedily signing the political abdication treaty of our country with Mr Fodé Seck, empowering Senegal to take over The Gambia politically and militarily. In that case they would slowly but surely destroy our economy until we finally succumb to their ever-pursued intention of federating the two countries on their laid terms, an issue stubbornly rejected by Jawara and Jammeh to the end.

Thanks to the peaceful orientation on which The Gambia Armed Forces was constituted and sustained over the past 25 years, our civilised soldiers avoided falling for the trap of butchering them as “Casamance rebels and Liberian guerrillas” and instead welcomed the dogs of war with opened arms and even warmly receiving their officers and organising receptions and banquets for them.

To be completed in the next publication.

Samsudeen Sarr is a former commander of The Gambia National Army and deputy representative to the UN. He is the author of several books and is currently on a sojourn in New York City.