Covid-19 can have substantial economic impact on Gambia 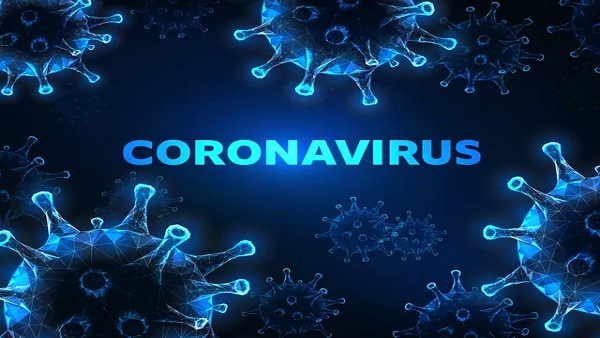 As the coronavirus pandemic slowly starts spreading within Africa, the International Monetary Fund (IMF) has said that this will have the same human costs as elsewhere in the world and the economic costs could be just as devastating.
As a result, the fund is making US$50 billion available via rapid-disbursing emergency facilities, including US$10 billion on highly concessional terms for low-income countries such as The Gambia.

So far, about US$90 billion has fled the developing world, way more than during the global financial crisis of 2008. With a lot of countries highly depended on commodity exports, and with prices collapsing, they are hit yet again.
She added: “Never in the 75 years’ history of the institution have so many countries – 85 so far – found themselves in need of IMF emergency financing. And this financing is being made available in record short time.”

In a blog post, the IMF said: “We know that for society’s most vulnerable in the region, “social distancing” is not realistic. The notion of working from home is only possible for the few. So, difficult decisions to close borders (to people, but not essential goods) are even more important. All the more so if we are to minimize added strain on already fragile health systems.”

While The Gambia was spared the brunt of the 2008 global financial crisis, this time, The Gambia will not be spared from the global economic crisis. In fact, Africa in general will not be spared. Emerging countries were less integrated with global financial markets and that meant being cut off from financing was harmful for only a handful of countries.
Neither of those conditions apply today. The Gambia and many countries in sub-Saharan Africa have limited room in their budgets to increase spending. We rely more on global capital markets than ever.
There are three ways the current pandemic will have a substantial economic impact on this country and the region:

· The very measures that are crucial to slowing the spread of the virus will have a direct cost on local economies. The disruption to people’s daily lives means less paid work, less income, less spending, and fewer jobs;
· Global hardships will spill over to the region. The slowdown in major economies will see global demand fall. Disruptions to production and world supply chains will weigh more on trade. Expect limited access to finance and investments;

· The sharp decline in commodity prices will hit oil exporters hard, compounding the first two effects. The price of oil has tumbled to levels not seen in decades, and with oil prices already down by more than 50 percent since the start of the year, the impact will be substantial particularly oil rich countries such as Nigeria, Angola and newly oil discovery countries such as Senegal, Ghana and others. This effect will indeed have a ripple effect in the rest of the region.

As a result, IMF has made US$50 billion available with a number of African countries having already received monetary out of this fund.
How far and deep the economic crisis will be remains to be seen. For now, the monetary help provided by the IMF will likely see The Gambia and emerging African economies stay afloat amid the economic fallout as they manage the pandemic. With breathing room, we must place substantial prudent fiscal discipline and strategic economic measures to ensure this nation will not erase all the economic gains we realized since 2016.

Today IMF slashes growth forecasts, says world will “very likely” experience worst recession since the 1930s. Same is applicable here. Therefore, the economy will likely suffer the worst financial crisis this year, as governments worldwide grapple with the Covid-19 pandemic. It is now expected that the global economy will contract by 3% in 2020. This will inevitably have a ripple effect on this country. As a result, we should expect a contraction in the GDP.

Situations are evolving fast, with that in mind it is hard to predict the futuristic damages. But if we are to benchmark at IMF estimations, it warrants some optimism. Reports stated, in January, the IMF had estimated 3.4% growth for global GDP in 2021; this has now been revised up to 5.8% (although growth is expected to be coming from a lower base following 2020’s projected contraction). A partial recovery is projected for 2021, with above trend growth rates, but the level of GDP will remain below the pre-virus trend, with considerable uncertainty about the strength of the rebound.

The dramatic downgrade in this year’s growth expectations comes as other institutions also warn that the coronavirus outbreak is bringing massive economic challenges. The World Trade Organisation said last week that global trade will contract by between 13% and 32% this year. The Organisation for Economic Coordination and Development has also warned the economic hit from the virus will be fell for long time to come.

To contain the spread of the virus, many governments have implemented lockdown measures, only allowing people to leave their houses to purchase groceries, medicines and, in some cases, to exercise. As a result, business activity has stalled in many countries.
The IMF, which dubbed the current crisis “the Great Lockdown,” said “this is a crisis like no other.” There’s severe uncertainty about the duration and intensity of the economic shock, it added, and stimulating economic activity is more challenging given the required social distancing and isolation policies. The IMF said it had received “an unprecedented number of calls for emergency funding.”

Out of its 189 members, more than 90 of them have asked for financial support. The fund, which provides financing to members which are struggling economically, has $1 trillion in lending capacity. This should be a real concern to the Barrow administration. Gambian economy has a high stack in the Western economies due partly to the contribution of Gambians abroad to the economy, tourism and trade. Gambians in the diasporaplay essential role in the economic development of the country. Remittances are one important factor they contribute to the economy. Due to the economic challenges outlined above impose by Covid-19 will course layoff and loss of employments. This will result to reduction in remittances which indeed has some negative economic impact.

Beyond their well-known role as senders of remittances, diasporas can also promote trade and foreign direct investment, create businesses and spur entrepreneurship, and transfer new knowledge and skills. There is no secret that an engaged diaspora can be an asset to the economic. The impact of Covid-19 has now threatened these prospects on a short term.
The impact of tourism will be a major factor due to the Eurozone being affected harder than the rest of the world. The latest forecasts from the IMF suggested that the US economy will contract by 5.9% this year. In comparison, the Eurozone is expected to shrink by 7.5%.

The economic situation will be particularly difficult in Italy and Spain, where GDP is set to contract by 9.1% and 8%, respectively. Considering, must of the tourists that visit the Smiling Coast are Europeans, the economy challenge in the Eurozone has direct negative implication in the tourism industry. As Europe get into deep economic recession, the less tourist we will see. This has direct effect on consumer sentiment and investment sentiment. More-over the effect will increase unemployment and as a result consumer spending index will be much lower. All the above will inevitably affect trade. In addition, the intense financial stimulus being realized around the globe will have recourse. Inflation will be higher in the Eurozone and the USA. Ultimately this will have effect on currency devaluation. This could put more pressure on trade in Gambia.

How should Gambia government react?
The IMF is advising countries to focus on the health crisis first, by spending on testing, medical equipment and other health care related costs. This is true for this country as well. But, in addition to above the government should provide tax deferrals to businesses, wage subsidies and food supply to the most-affected citizens. I believe this is doable considering IMF debt payment deferral and other incentives the multilateral and bilateral have allocated for the country.

This is the time when the Barrow administration should be extremely prudent in fiscal policies. It is indeed clear that, we now live in a world of dramatic economic challenges and has fundamentally reshaped the way we live and work. These changes have brought tremendous challenges such as growing perception of uncertainty and insecurity. Today’s conditions require more innovative and smart fiscal policies. By smart policies I mean policies that facilitate change, harness its growth potential, and protect people who are hurt by Covid-19.

Excessive borrowing and record levels of public debt have limited the financial resources available to this government. So, our fiscal policy must do more with less. It can be used to smooth the business cycle. That’s known as countercyclical policy. In bad times, taxes are lowered and spending is increased to put more money in the pockets of companies and consumers. When good times come back, hopefully in the near distance future, spending can be reduced and taxes raised. Fiscal policy has now a greater role to play in our economic stabilization today than ever before. Central Bank should cut interest rate further to enable access to finance.

Three factors are crucial:
Capital
Part of the global stimulus packages countries central banks have lower interest rate to near zero and some at zero. There has not been a better time for investors to borrow investment capital. This nation should grab this opportunity to realised BOT, BOOT and BLT projects. There should be strong case for increasing public investment given low borrowing costs and substantial deficiencies in infrastructure.

Labor
Investments will encourage job creation and labor market participation. We could reduce payroll taxation where it is high, make more intensive use of policies such as job-search assistance and training, and adopt targeted spending measures for vulnerable groups like low-skilled workers and the elderly.

Productivity
A range of policies can foster productivity, including improvements to the tax system, as discussed

Postscript
This article is just an opinion of the risks we are expose to as a nation and adopt strategies to manage them.