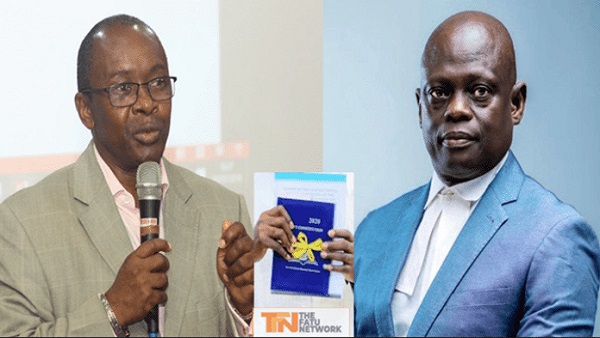 As we enter the Paradise TV day on the Draft Constitution (the Draft), further observations on the document are in order.
From non-constitutional material packed into the Draft, to intra-document conflicts on the same issues, and between those the copy and paste of Kenya 2010, and the 1997 Constitution of The Republic of The Gambia (the Constitution), the Constitutional Review Commission (CRC) took the country on a tour de force on how not to draft a national constitution.

To start with, the whole of page 2 on “The Republic” and “Sovereignty of the people” can nicely fit into a one-line sentence. A surgical knife is needed to trim the Draft of its needless fat. Chapters III and V are more suited to the basic education curriculum than in a nation’s preeminent legal document.

Lest I forget, Chapter XVIII on the National Commission for Civic Education is another scandalous surplusage. Who listens to this kind of big brother outfit when the print and electronic media, and the WhatsApp, and other chat groups, are doing an excellent job educating Gambians about every facet of their national life, their rights as citizens, and on other human-interest issues.

Chapter IV is exceedingly porous and invites tremendous abuse of the nationality sector. No sensible nation manages its nationality system in such a cavalier manner. For example, section 15(3) states:- “a child of not more than eight years of age found in The Gambia, whose parents are not known, shall be presumed to be a citizen of The Gambia by birth”.
Unreal! In the established serenity of our socio-political realities, there is no basis for this but it competes in the irresponsibility department with section 21(a) thus:- “An Act of the National Assembly may make provision for registration as a citizen of The Gambia of a person who, on or before 31st December, 2019, was born in The Gambia of non-Gambian parents if the person had, since his or her birth, lived in The Gambia”.

On intra-Draft conflicts, section 42 on “Protection of right to property” frontally collides with section 260(1) on “Land ownership” to the effect that “All land in The Gambia belong to the people of The Gambia collectively as a nation, as communities, and as individuals”. This latter provision introduces an ambiguity notwithstanding the clear command of section 42.
In the area of pensions, section 193 (1) states that Judges may retire at 65 years and shall retire at 75 years. However Judges are categorised as members of the public service (section 262) and public servants SHALL retire at 60 years (section 270). As members of the third branch of government, it is better to remove Judges from the public service rubric.

It may be that there is something every Gambian likes about the Draft but as a whole document can it be endorsed. Provisions that are supposed to be cohesive are pulling in different directions thereby adversely affecting the stability of the system.
May be its Kenyan engineers should be urgently summoned to stabilise the Draft for the CRC.

On the demarcations, the Executive is headed by the President, the Judiciary by the Chief Justice, and the National Assembly, the direct ambassadors of the people, by an unelected outsider. Its pensions are also left for separate legislation when the President and Superior Court Judges are sumptuously catered for in the supreme law of the land.
The Judiciary was the constitutional orphan under the Professor but on the look of things, the Draft has shifted that status to the occupants of the impressive building on the immediate approach to Gambia High School.
I wish all a memorable Paradise TV conversation day on the Draft.
With malice toward none!