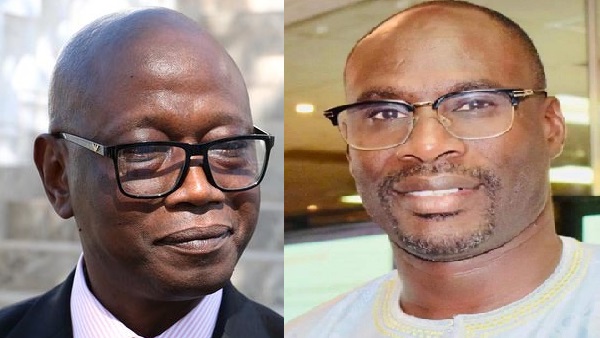 After over 4000 readers of my last paper, ‘Really Doctor Baba Galleh Jallow’ published by the Freedom Newspaper on April 30, 2020 that showed approval of over 70 people, I thought that was going to be it, until I read about some dismissive critics with one commenting over my lack of credibility, stating that all were lies “so to give him (me) opportunity to spew out more lies (at the TRRC) will be a waste of taxpayers’ money and time so it is right to move on without his nonsense”.

And as for the other familiar ones often contending that I shouldn’t ever be heard because of my support for ex-President Yahya Jammeh, I beg to ask how genuine their faith is in democracy whereas its fundamental principles are grounded in freedom of speech and association? That freedom of choice in democracy is in fact beginning to shift my political allegiance in the USA from the Democratic to the Republican party.

You see, I have no clue on who these critics are and could have disregarded their remarks like I normally do to the loathsome unknowns soliciting recognition or credit for just opposing Samsudeen Sarr’s viewpoints on no tenable grounds; however on a second thought I found it necessary to buttress my argument with more evidence on the insensitivity of the TRRC and particularly its conflicted principal duo, Doctor Baba Galleh Jallow and Essa Faal, characters, typically consonant with “wasters of the taxpayers’ money”. So this will be a long one and hopefully the last on this topic unless…

Be that as it may, if these folks think that I will for merely yearning to be heard at the TRRC lie about Dr. Baba Galleh Jallow’s infamous August 1994 article against the PDOIS leadership, courtesy of the digital archives of the FOROYAA news outlet, I was able to retrieve the rejoinder of Honorable Halifa Sallah to that column underscoring the aspersions the doctor had cast on the “socialist party” for their principled position against the policies of the AFPRC government that year.

In defense of their party’s principles spitefully assaulted by Baba Galleh Jallow, Hon. Sallah sternly disagreed saying: “He (Baba Galleh Jallow) made reference to socialism in a negative light and proceeded to argue that even though I am highly respected, my failure to accept a ministerial post, as well as the recent distribution of FOROYAA, constituted the type of rigid posture which gave rise to the Liberian and Rwandan situations”.

The PDOIS paragon then went on to ask whether in the world of the “Baba Gallehs” flexibility expected of reasonable people, as he had insinuated, meant getting a top political post by any means, and went on to add: ………”we call on Lt. Jammeh not to violate our fundamental rights and freedoms, but to encourage free exchange of views and to prepare the ground for free and fair elections”.

That was followed by what ostensibly appeared as a lecture delivered by Sallah to an unresponsive mind of a juvenile questioning not only the logic behind intellectuals who considered the PDOIS democratic posture to be potentially the root cause of a Liberian type situation instead of people’s hunger for power but he elaborated on: “In my view, his (Dr. Baba Galleh Jallow’s) premise that when coups occur freedom of assembly and expression by members of political parties should be suppressed is groundless”.

Honorable Halifa Sallah closed the paper with sobering words to the opportunity-driven gadfly: “……to prevent a Liberian type situation, Lt. Jammeh should be advised to understand that independence means that all have the right to participate directly or indirectly in managing the affairs of this country; that safeguarding of fundamental rights and freedoms, as well as genuine moves towards holding free and fair elections is the key to avoiding the Liberian or Rwandan type situation”.

Those are not my words but that of Honorable Halifa Sallah when angelic Baba Galleh Jallow was fervently but insincerely rooting for the new AFPRC government with perhaps the presumption that Chairman Jammeh was that naive to offer him the vacant ministerial position rejected by the PDOIS party leader which, god forbid, would have perhaps precipitated the end of our lives as security detainees, factoring his treacherous abstraction against 35 of us sitting at death-row at the time.

Upon his failure to get a job he, in his classic dense mindset, turned against the government and expected the world to take him seriously.
I think the Gambia could have found more virtuous characters than the Dr. Baba Galleh Jallows and Essa Faals who in my judgement are managing a dishonored TRRC.

As for Essa, he probably doesn’t know that while serving in the top GNA command from 1995 to 1999, I was fully aware of some of his activities at the Ministry of Justice where he was still employed. But he should also realize that I was seated in the courtroom at Fajara Barracks in 1995 when Sana Sabally was sentenced to 9 years in jail for treason. I was privy to the genesis of the dossier used to convict the obtuse “vice chairman” and therefore was not the least impacted when Essa became teary over the lies of Sana claiming to have been mercilessly tortured in detention by Gen. Alagie Martin that apparently cost the poor fellow his job.

I could have chosen Sana’s testimony among several more to illustrate point by point how contentious these people were in their submissions often exhibiting moments best described as coached lies just to bolster the TRRC’s skewed intentions.

But rather than Sana, I wish to urge all interested parties to spare a moment after reading this paper and watch again the testimony of Captain Alagie Kanteh at the TRRC. Available on Youtube, one would easily notice how Essa Faal indiscreetly cajoled the officer into confirming that I was mentally ill at Mile Two Central Prison after the torturous event of September 6, 1994.

Kanteh was one of those officers I had always had special respect for and was fully aware of what transpired, far different from what he was compelled (or probably paid) to say against me before the whole world. There were nonetheless numerous conspicuous holes in his statement but were deliberately ignored by lead counsel Essa Faal and the entire members of the commission just to malign me. A top international lawyer whom I learnt had litigated in defense of Liberian former warlord Charles Taylor and Saif al-Islam Gaddafi, son of the late Libyan leader, Muammar Gaddafi cannot convince me of missing the implausible facets in Kanteh’s testimony. Besides, preliminary statements of witnesses were usually written, submitted and I guess studied before their final appearance on live TV. Indeed I believe it was properly studied.

In his account of that September night, when Edward Sighateh led the AFPRC members and their guards into a brutal torture and mock execution of Captain Mamat Cham, AIG Ebrima Chongan and RSM Baboucarr Jeng, Kanteh hawked the impression that while all detainees were convinced of the execution of the three men, his “unique” military training that prepared him better than all of us helped him out to fathom the orbit and impact of the fired bullets from all the riflers that night. He called it the “click and thumb theory” (never heard of it), an acquired talent that provided him the exclusive expertise to conclude that the three victims were not necessarily shot or killed “because all rounds fired sounded airborne instead of hitting targets”.

For Kanteh a second-lieutenant to claim being better educated than all his superiors in detention, majors, captains and first-lieutenants, and therefore could calculate the trajectory and impact of fired bullets that we couldn’t was pretty much laughable. One wonders which military schools he had attended differently from all of us.

He even asserted his intention to wait for the ideal opportunity to school the rest of us about the fired bullets in the air and the victims being still alive. Ordinarily one would expect a counselor, not Essa Faal the master schemer, to ask Kanteh whether he had ever had such opportunity but obviously no one did. Asking such question would have put him on the spot because I know for sure that he was just deceiving an unenlightened TRRC or a bunch of grownups playing fools. Knowledgeable but conscientious Gambian military officers should have been part of the commission to catch such lying witnesses spotted countlessly.

In fact wasn’t it the perfect opportunity to hint me about the three victims during his first of frequent visits to my cell by Kanteh to console me in my “mad” state rather than simply boring me about “not to lose hope and take pride in myself and to believe in God?” What actually had happened to his intention to school us, his unschooled superiors, about how he had relied on his “click and thumb theory” to determine that Chongan, Cham and Jeng were not after all killed? Surely, if he had told me, I would have also mentioned that in my book because I was secretly recording every event in the jail on daily basis.

After all, thanks to Kanteh, I was indeed aware of the fact that other than Edward Singhateh all the other council members were there that night to simply scare us especially when one of the private soldiers, late Albert Gomez (RIP) serving at the time as a bodyguard to Sana Sabally whispered in my cell that everything was a joke. I mentioned that in my book and how they all had loudly laughed and joked about killing the officers when they were finally leaving the yard. Kanteh again read that in my book. Instead it was the last group that had called me “amphibious” and warned me to expect my turn the next day, contrary to Kanteh’s testimony.

No human mind, except that of a maniac’s was wired to witness the cold-blooded slaughter of three people together and the next minute joke and laugh about it. Notwithstanding, I had had no doubt in my mind that Singhateh was all along thirsty for blood which was finally quenched in the November 11 counter coup that also destabilized Sana Sabally mentally until he had to