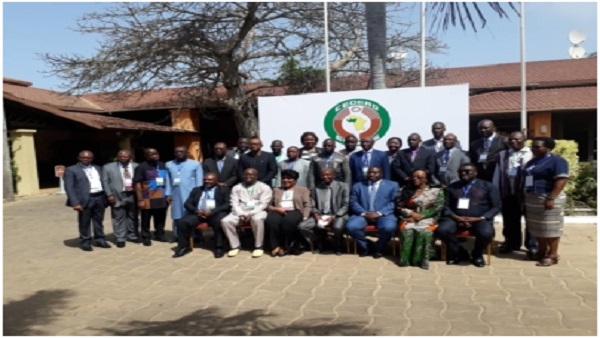 It will also divulge on the implementation of the regional competition policy and launching of the Ecowas Regional Competition Authority which has its headquarters in Banjul.
The commissioner for trade, customs and free movement of the Ecowas Commission, Konzi Tei said the meeting will focus on adopting decisions that would promote compliance with the Regional Competition Rules adopted in 2008 which would also facilitate the efficient and effective operationalisation of the regional competition authority.

Mr Tei said the rules are essentially to promote, maintain and encourage competition and enhance economic efficiency in production, trade and commerce at the regional level.
“The policy also seeks underscore the need to complement existing market integration strategies with a strong initiative that would improve competitiveness and prohibit anti competitive and monopolization practices amongst companies in the region,” he asserted.
He said the policy also seeks to prohibit agreements and concerted practices in restraint of trade as well as state induced competition distortions in order to provide greater opportunities and space for more enterprises to operate leading to overall economic growth and improved innovative potential amongst enterprises.

“The meeting is also expected to help chart a road map for the operations of ERCA through the adoption of an action plan that would guide its preliminary activities. The commission expects that member states would also use the platform of this meeting to discuss and provide updates on the implementation of the ECOWAS competition principles within their respective jurisdictions,” he added.
In a statement read on his behalf the Minister of Trade, Lamin Jobe said the Banjul meeting signals the implementation of the community market competition rules to enhance competition among businesses in the community markets to stimulate regional economic growth.

“The meeting of experts to pave the way for full operations of the authority is very important and timely as it will consider the draft strategic action plan for the Ecowas regional competition authority,” he said.
Minister Jobe said The Gambia Government recognizes and attaches great importance to regional integration. “We are committed in the implementation of regional protocols and programmes”.

The Ecowas special representative to The Gambia, Vabah Gayflor said the region continues to make great strive in areas such as agriculture and industrial production.
However, she said despite the achievements, the region is currently faced with serious security challenges such as terrorism that could pose major threats to the region’s reintegration agenda.